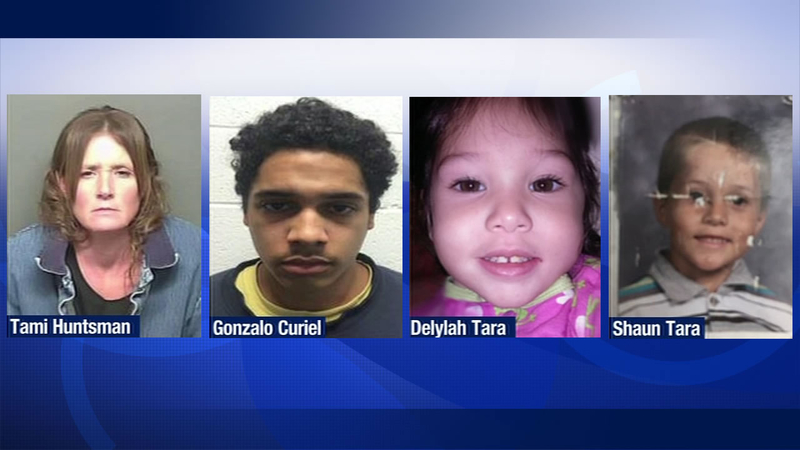 Woman accused of torturing child had custody of 2 found

Tami Huntsman was looking after the children, and now she's in jail accused of abusing and torturing another child.

ABC7 News interviewed Huntsman after her brother was arrested for allegedly starting the massive King Fire in Pollock Pines. ABC7 News met with Huntsman outside of her Salinas apartment last year. Back then she called herself Tami Criswell. Several children were with her at the time. Investigators raided that same Salinas apartment this week.

Huntsman and her boyfriend Gonzalo Curiel are accused of torturing her 9-year-old niece.

A tip led Quincy police to a home Friday. They found the girl alone in their parked car with broken bones and teeth.

The couple was arrested. Then another tip came in asking about the conditions of a 3-year-old and 6-year-old living with them.

Curiel told police about a storage unit in Redding where they found the bodies of two young children. Their identities have not been confirmed, but ABC7 News has learned Huntsman had two children in her custody, 3-year-old Delylah and 6-year-old Shaun Tara. The children had been reported missing.

The man who lived next door to the couple in Quincy was dumbfounded after their arrest.

"It's just crazy that I didn't even have any idea it was happening," the neighbor said.

The investigation stretched to Salinas where the couple lived until recently. ABC7 News met Huntsman after her younger brother, Wayne, was charged with setting the King Fire near Pollock Pines last year.

"My brother would never intentionally do anything to harm the forest, the wilderness, anybody's housing," Huntsman said in September 2014.

Huntsman and Curiel are considered suspects in the murder of the children found in the storage unit, but they have not been charged.