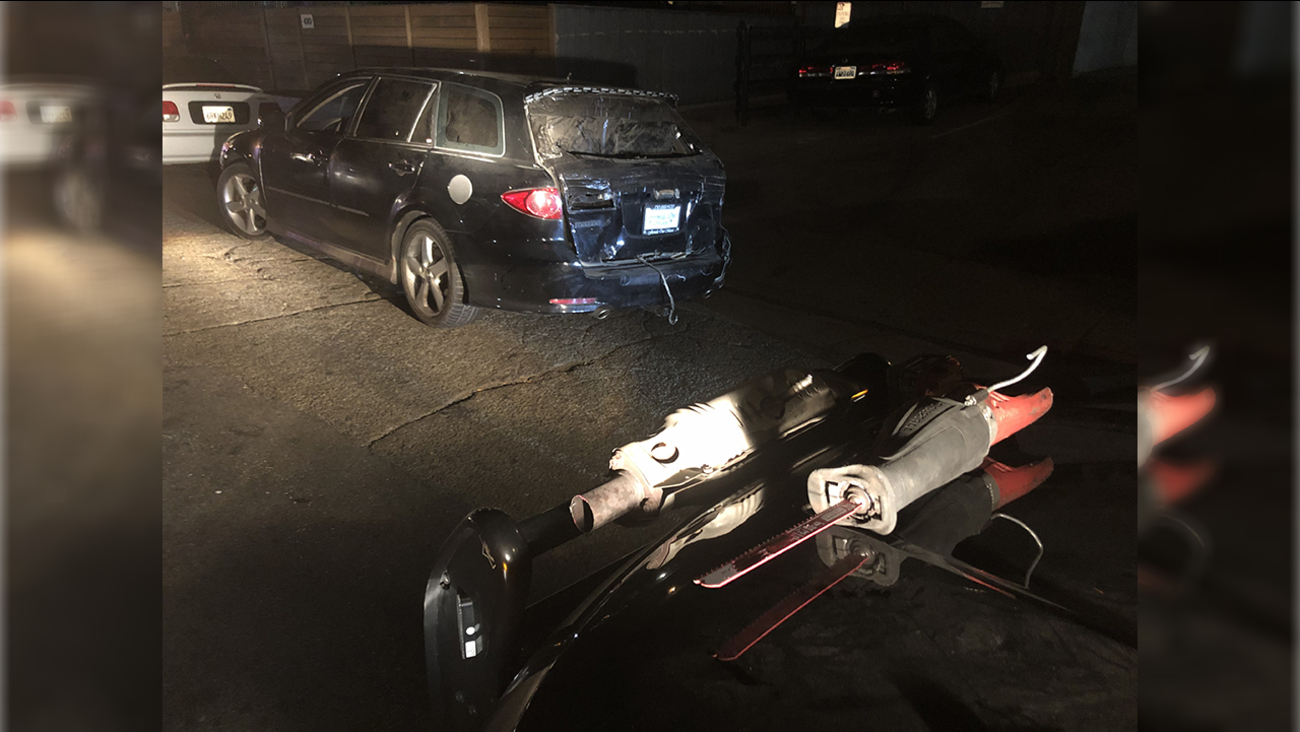 When the men were pulled over at 10:20 p.m. on Canal Street near Medway Road for having no license plates, the officer saw a catalytic converter in their vehicle, along with drug paraphernalia.

Twenty minutes earlier police had taken a report of a catalytic converter theft near Kerner Boulevard and Shoreline Parkway. The victim reported parking at 8 p.m. and then hearing a large amount of engine noise when he started his car two hours later. He inspected the car and saw the converter had been cut out.

The officer who took the theft report came to the scene of the traffic stop and was able to identify the catalytic converter as the one reported stolen.

A search of the vehicle turned up a reciprocating saw and additional tools, two additional catalytic converters, and drugs.

Jose Melgoza-Rojo, 43, and Douglas Mejia, 33, were booked into the Marin County Jail for felony conspiracy to commit a crime, breaking/removing vehicle parts, possession of stolen property, felony vandalism, possession of burglary tools, and possession of drugs and drug paraphernalia.

Anyone with information about the crime is asked to call San Rafael Police at (415) 485-3000. Tips can also be made online at http://www.srpd.org/tips.
Report a correction or typo
Related topics:
san rafaeloaklandtheftarrestcar theft
Copyright 2021 by Bay City News, Inc. Republication, re-transmission or reuse without the express written consent of Bay City News, Inc. Is prohibited.
More Videos
From CNN Newsource affiliates
TOP STORIES