'Another one of our precious children was shot': Police on 2-year-old shot in head in N. Houston 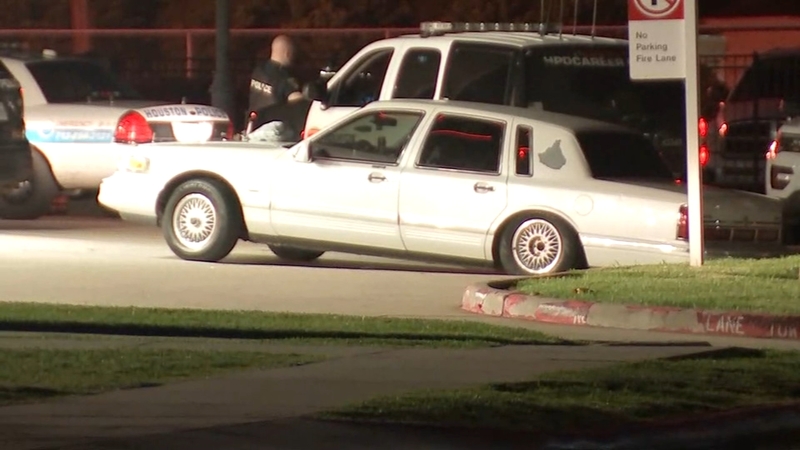 2-year-old girl shot in the head during shootout between 2 cars in N. Houston: police

HOUSTON -- A 2-year-old is fighting for her life after Houston police say she was shot in the head during a shootout between two vehicles.

The shooting happened in north Houston at Benmar near City View Place around 2 a.m.

The girl was taken to Houston Northwest Medical Center by her mother.

RELATED: 'I want my baby back': Mom of 2-year-old killed by robbers in Texas breaks silence

The car the girl was riding in is parked outside the hospital. It appears to be a gray Lincoln.

The child was later taken by Life Flight to Memorial Hermann Hospital.

Houston Police Executive Asst. Chief Troy Finner said the child, the child's mom and dad and another adult were in the Lincoln when someone in that car fired several rounds. Finner said that's when another person fired back into the Lincoln and hit the little girl.

“TURN YOURSELF IN. We’re batting a thousand in the city of #Houston right now. If anybody kills or shoots one of our kids, we’re going after them.” #abc13 https://t.co/SoycYHlCfm pic.twitter.com/BS5MRCKwDT

"Whoever is responsible for this shooting, turn yourselves in. We're batting 1,000 in the City of Houston. Right now, if anyone kills or shoots one of our kids, we're going after them," Finner said. "Anyone who harms a kid, we'll put you in jail."

"If anybody kills or shoots one of our kids, we're going after them," police said.

Police are investigating the motive, but Finner said while he can't confirm it, it's "possibly gang-related."

Preliminary info! Police: 2yo girl shot in the head while in the backseat of her mom’s Lincoln. Asst. Chief on scene is getting ready to give us an update. Here’s what we know right now. #abc13 https://t.co/SoycYHlCfm pic.twitter.com/BZ6Ntex3IP

Tragically, this is the latest in a recent number of shootings involving children in the Houston area.

On Tuesday, 2-year-old Ivory West Jr. was shot to death while he, his father and his father's friend were in a garage at an apartment complex in Spring.

Ivory's mother spoke to our sister station ABC13 in an emotional interview as she recalled the moments of that night.

Dorothy Harris says she can't eat and never imagined mourning the loss of her first child.