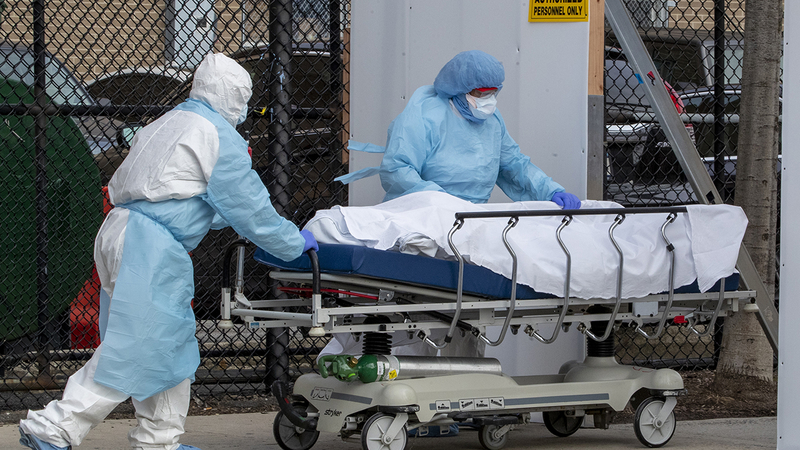 This weekend, the United States is about to exceed his grim forecast: COVID-19 has killed nearly 200,000 Americans. The country crossed the 100,000 thresholds near the end of May.

This comes just six months after President Donald Trump declared a national emergency as the outbreak sparked mass shutdowns, closures and cancelations. At first, the densely packed New York metropolitan area was the hardest-hit corner of the country, with city officials recently dubbing the pandemic "the largest mass fatality incident in modern NYC history." Over the summer, the crisis intensified in the south and west, overwhelming hospitals in Texas, Florida and Arizona.

The U.S. government's foremost infection disease expert says the United States could experience more than 100,000 deaths and millions of infections from the coronavirus pandemic.

As of Saturday afternoon, the John Hopkins University tally counted more than 6.7 million confirmed coronavirus cases in the nation, but experts speculate that the real number of Americans infected is much higher. Approximately 2.5 million have recovered.

The U.S. leads the world in most confirmed COVID-19 cases, with India following behind at 5.3 million, though the South Asian country is expected to become the pandemic's worst-hit country within weeks. Worldwide, the virus was confirmed to have infected more than 30 million and killed nearly 950,000.

Two-hundred thousand is more than triple the number of deaths President Donald Trump predicted in April. The president, contradicting top health officials, says a vaccine could begin to be rolled out as soon as next month -- just ahead of the presidential election -- and be broadly available soon after.

Trump says of the pandemic: "I really believe we're rounding the corner, and I believe that strongly."

Despite Trump's unfailingly optimistic words about the pandemic, the majority of Americans -- 69% - say they are still at least somewhat worried about themselves or their family members being infected with the virus, according to a new poll from The Associated Press-NORC Center for Public Affairs Research. That number is lower than it was in July, when infection rates in several states were spiking.