KGO
By David Louie
SANTA CLARA, Calif. (KGO) -- It's one of the most publicized and anticipated events to be held at Levi's Stadium - U2's Joshua Tree Tour 2017 concert.

Hundreds of fans are already lined up outside the stadium. The concert gets underway at 6:30 p.m. and that means fans and commuters are fighting for space on the road.


RELATED: Estimated 50,000 fans expected at Levi's Stadium for U2 concert

For U2 fans, it's going to be all about the music once they get inside Levi's Stadium. The challenge for fans will be getting there through commute traffic and finding a place to park.

Lots opened at 2 p.m. -- four and a half hours ahead of show time. Santa Clara police already had certain roads closed Wednesday morning and detours in place to help with the traffic flow.

The challenge for residents living near Levi's will be the amplified sound and what time the performance ends. By contract, the show must be over by 10 p.m.

Neighbors have already gone through a Beyoncé concert at Levi's last September that generated noise complaints in San Jose.

"Well, the baby gets fussy because we have to kind of, we had to buy a machine to create white noise so that way it can drown out and he can focus on that instead of the concert," neighbor Linda Casaje said.

U2 did a soundcheck and rehearsal Tuesday night that ended at 10 p.m. but before a live audience, all bets are off.

"I'm sure this is going to be a fantastic concert, but I'm sure that means that the music is going to be pretty loud. And we do have a 10 p.m. curfew during the week and so we face some difficult situations if the music doesn't end at 10," Santa Clara city council member Teresa O'Neill said.

There's no specific fine for a show running past curfew, but that's when noise level restrictions kick in. The maximum fine is $1,000 - barely more than the cost of seven tickets to the concert.

Santa Clara is installing four noise monitors, one near the stadium and three others in residential and commercial areas. But they aren't operational yet.


Click here for more information about using VTA to travel to Levi's Stadium. 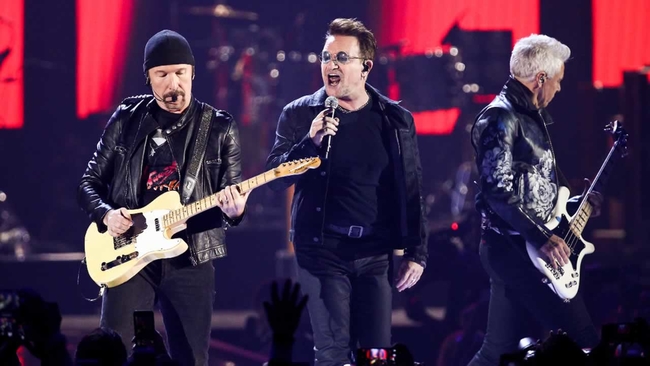