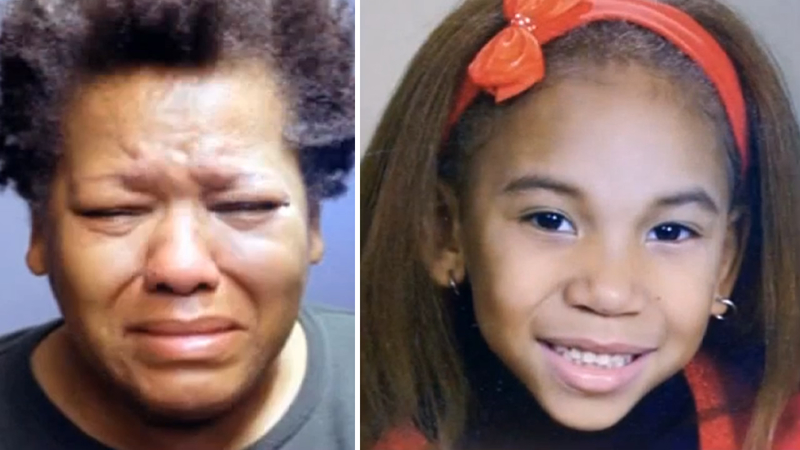 CHICAGO -- A Chicago grandmother was sentenced to life in prison in the strangulation death of her 8-year-old granddaughter.

Helen Ford was sentenced Wednesday by the same Cook County judge who convicted her of first-degree murder in Gizzell Ford's 2013 death. Prosecutors say the 275-pound grandmother also tortured and beat the 70-pound girl.

Gizzell's father, Andre Ford, also was charged with murder but died in jail awaiting trial from a heart attack.

Prosecutors allege Gizzell was dying of kidney failure even before she was strangled because her parents and grandmother denied her food and water.

An Illinois Department of Children and Family Services investigator visited the home a month before Gizzell's death. A doctor also found a suspicious injury weeks before Gizzell died, but didn't report suspected abuse.

The grandmother of a child found beaten to death was found guilty of first degree murder on Thursday.

The judge in March declared Helen Ford, 55, guilty in the July 2013 death of her granddaughter.

Gizzell's body was found covered with blunt force injuries and cuts. Officials said she had maggots in a head wound, bruises and scratches all over her body.

"This murder was torture. The child suffered a slow and agonizing death with injuries from head to toe," she said.

In closing arguments, prosecutors said the straight-A student was strangled and beaten, but was already dying of kidney failure because her grandmother and father refused to give her food or water or let her sleep.

"This is the type of murder that makes you lose faith in the human race," Assistant State's Attorney Ashley Romito said.
In addition to cellphone video showing the girl's father and grandmother berating her, authorities shared a haunting journal entry written by Gizzell just days before her death.

"I hate this life because now I'm in super big trouble," she wrote.

But the defense painted a much different picture of Ford and called her an overwhelmed and overworked grandmother.

Her public defender asked the judge to find her client guilty of involuntary manslaughter and said while she may have abused and neglected the girl, she never intended to kill her.

A Cook County judge had awarded temporary custody of Gizzell to her father, an unemployed felon, eight months before her death because he claimed her mother was homeless. Her mother tried to get her back.

Gizzell's mother has filed a civil lawsuit against the state and claiming a DCFS caseworker had visited the home where the girl been living with her father and grandmother and ignored obvious signs of abuse.

Ford was sentenced to natural life in prison because of the exceptionally brutal nature of the murder.