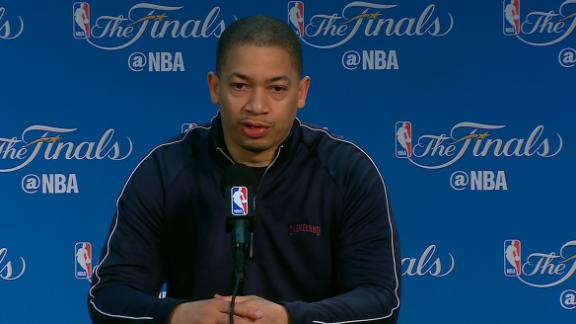 After climbing back into the NBA Finals with a 137-116 win over the Golden State Warriors in Game 4 -- a game that featured seven technical fouls between the two teams and also a flagrant foul onKevin Love for a hit on Kevin Durant-- Lue wants that same approach in Monday's Game 5.

"Me personally, I liked it," Lue said of the testy nature of Friday's game. "I thought the first two games [we] were being too nice. The first three games, helping guys up off the floor, smiling, talking to guys and -- yeah, I didn't like that. So I think Game 4, talking trash, being physical, whatever you got to do to try to get that edge to win, you got to do it."

To Lue's point, at one point in Game 3 Warriors big man JaVale McGee and Cavs star LeBron James both fell to the floor. As James got up, he offered a hand to McGee to help him. McGee rejected it. Lue wants the Cavs to do the rejecting from now on.

"Bringing a physicality, being physical," Lue said. "Our mindset has to be winning games and not smiling back and forth or talking and playing. I mean, they're coming right after us, so we have to go after them. I don't see anything's funny or anything's to smile about. So hitting and being physical and just everything they do to us in the first three games, we have to do that. Last game, in Game 4, I thought that's who we are. Got to be physical. If it's talking trash or knocking guys on the floor, whatever you got to do, you got to do it."

Cavs guardJR Smithtook issue with Lue's wording. It wasn't about the Cavs being nice. It was them being "too respectful" toward the Warriors.

Richard Jefferson was downright disrespectful when asked about which team now has the pressure on it with the series shifting back to the Bay Area.

"You're damn right it is," Jefferson said of the pressure resting squarely on Golden State in his estimation. "It's not on us. Where's the pressure on us? They had a 73-win team and they added a former MVP [Kevin Durant]. We added Kyle Korver and Deron Williams. They added an MVP to a 73-win team after being up 3-1 and then KD was up 3-1 (with Oklahoma City and lost to Golden State in the Western Conference finals).

"The pressure is all on them. ... We're the defending champs. We believe that we have enough here to win a championship. We haven't played great thus far, but there's no pressure on us. There never has. There's never been that. It's been about them proving that last year was a fluke, KD validating the move here, which it's been validated, but, no. We feel very comfortable."

Kyrie Irving said that it was "nerves" on Cleveland's part that made the Cavs underperform to start the series. Now that they've found a rhythm, the series has taken on an entirely different complexion.

"The team that settled in the quickest was going to be successful the quickest as well," Irving said. "They settled in extremely fast. They adapted to the physicality. They brought the intensity. They had all the focus. And finally in Game 4 we broke down a little bit of the door, a little bit of getting that monkey off our back of having the pressure just solely be on us. Being down 3-1, we understand that it's a predicament that we put ourselves in. But coming out in Game 5, we feel like if we come to play and we make sure that we focus on our game plan and we bring the physicality and we bring it to them, then we'll put ourselves in a great position." 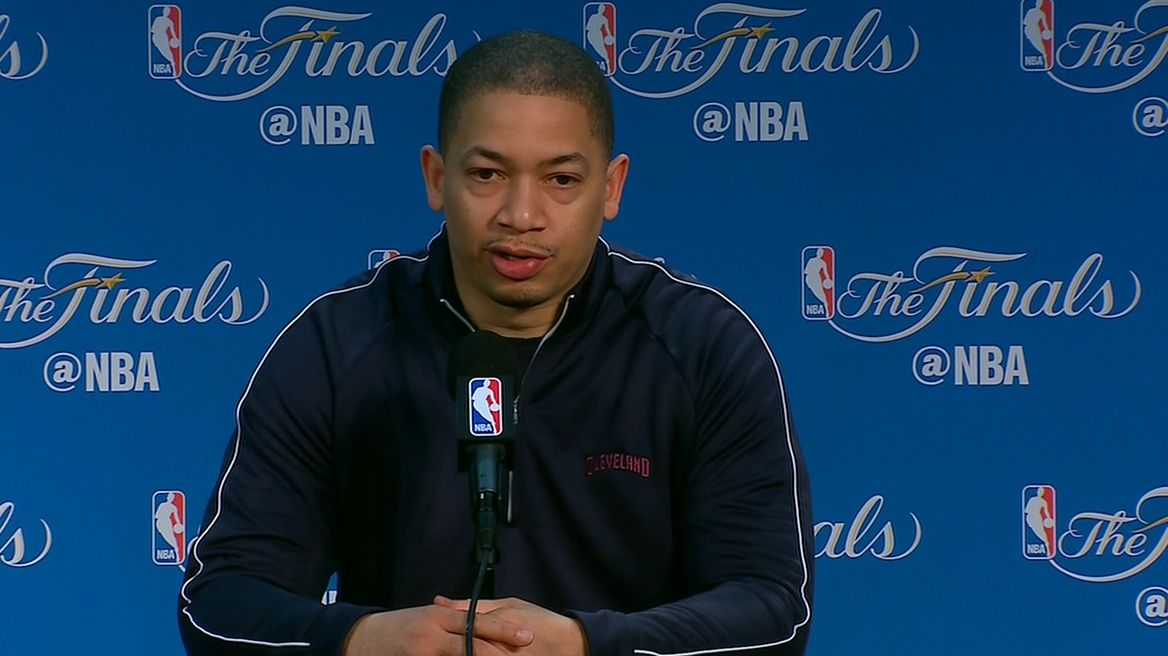