KGO
WILLITS, Calif. (KGO) -- A lot of Bay Area vacationers who went north for the 4th of July found a major highway bottleneck is gone.

A new bypass on Highway 101 in Mendocino County is speeding up traffic, but it is also diverting cars away from the small town of Willits that depends on tourists. Now, merchants are trying to make sure you don't forget them.

Highway 101 is the main route from San Francisco to Eureka. Willits is in the middle. The highway used to go right down the town's main street.

Tom Mann, owner of Brickhouse Coffee in Willits, says the town has been a watering hole for northbound traffic for 125 years, but last November Caltrans opened a bypass that now carries traffic around east of town.

The $460-million freeway makes for a beautiful drive, but if you don't look carefully you might not even know Willits is there. According to Janet Rodriguez, owner of Baechtel Creek Inn, if you are not paying attention, it's easy to just shoot right by Willits. She admits she has even done it herself.

That is a serious problem for a town like Willits that relies on visitors. "The gas stations and some of the fast food businesses (that) were dependent on folks driving through, they noticed it immediately" according to Mayor Gerry Gonzalez.

City officials predicted a 35% drop in sales tax revenue when the bypass opened. There are no firm numbers yet, but plenty of concern. City Council member Madge Strong says she has heard from many businesses that are hurting.

Sara Mann, owner of Mazahar Boutique, worries Willits "lost the spontaneous shoppers that drive through, see something and turn around and come in."

Merchants are stepping up marketing efforts to get out the word that Willits and its beautiful countryside are still worth a visit. The town is known as "Gateway to the Redwoods" and home to the historic Skunk Train that runs through ancient forests.

The Willits Chamber of Commerce just launched a website full of activities to entice you into town.

Rodriguez believes Willits has a lot to offer so "in the long run, I think the bypass is going to be a blessing for us because I think it's going to help us morph into a really cute, quaint town."

Caltrans reports about four-thousand cars a day are using the bypass - and expects that to go up during the summer.

Lisa Davis, owner of Scoops Frozen Yogurt and Deli reports she is actually getting more local business now that traffic on Main Street has eased up. But she and the rest of Willits merchants hope new road signs will help remind out of town travelers Willits is nearby. 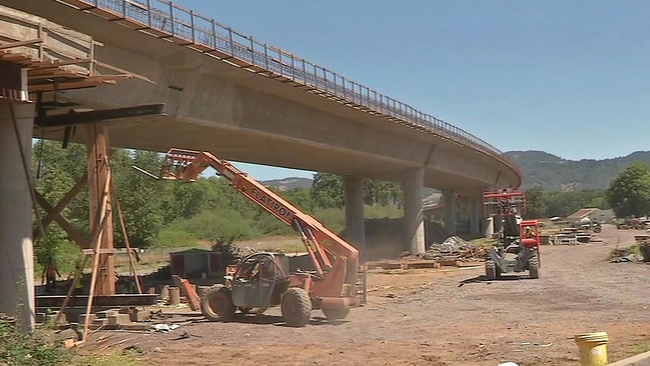 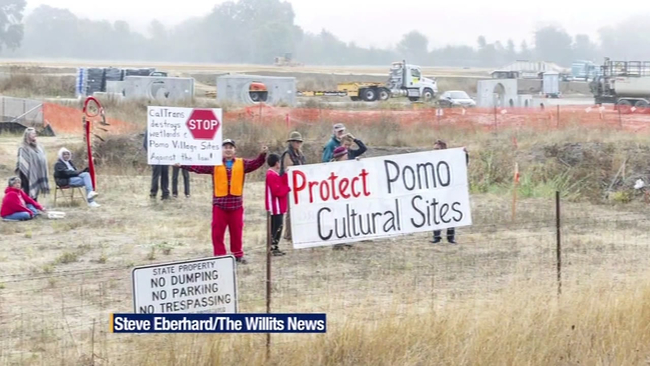