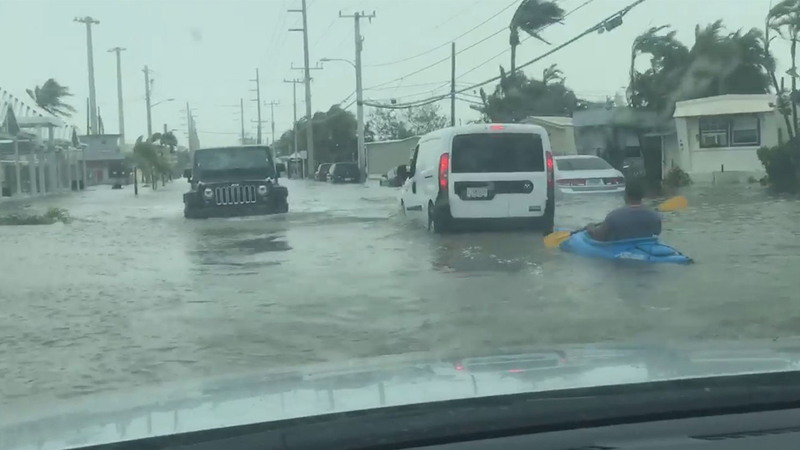 What it was like in Key West during Irma

KEY WEST, Florida -- AccuWeather extreme meteorologist Reed Timmer captured Irma's wrath as the storm hit Key West, Florida, and what it looked like after the hurricane.

He streamed live as torrential rain and violent wind moved into the Keys late Saturday night. By Sunday morning, streets were flooded and damage was already evident.

Timmer was staked out on the northwest side of the eyewall as Irma made landfall.

As the eyewall passed by, the storm surge flooded the streets.

After the water receded, Timmer began surveying the damage.

He wrote on Facebook, "Horrible scenes of complete devastation in the Lower Florida Keys just east of Key West including Summerland, Cudjoe, and Big Pine Keys. First responders just now getting to the lower Keys including National Guard digging out the road. We lost all power and phone when eye wall arrived and just now were able to head east. There were a few people that stayed behind in Summerland Key, one man who lost his roof but was okay."

Timmer says FEMA is estimating 65% of the homes on Key West have major damage, but it's much worse in areas to the east, including Summerland, Cudjoe, and Big Pine Keys.