KGO
By by Elissa Harrington
LAS VEGAS (KGO) -- Two Bay Area couples thought they were in for a night of music and fun -- and instead were met with the deadliest mass shooting in modern American history.

RELATED: San Ramon woman, boyfriend meet at spot he was shot in Vegas

Jacquelyne Lebon says the moment the stage turned dark at the Route 91 Harvest Music Festival, she knew something was terribly wrong.

"My initial response was to run and get out of there," she said.

Lebon, from Fremont, was in Las Vegas with her husband, her brother, and parents, and good friends Britni and David Eastin of Newark.

They were celebrating wedding anniversaries, but instead found themselves running for their lives in the middle of the country's deadliest mass shooting.

"I mean we were running -- people were falling left and right," said Britni.

The group says they were split up in the chaos. The Eastins tried to jump a chainlink fence and Britni's leg got impaled on the spikes. "So I had to climb up the fence a little bit and help her get her leg off the fence and then climb my way over the top and we just ran," said Britni's husband David.

RELATED: Bay Area Vegas shooting victim's family comforted to know she was happy at concert
"I can say, I definitely would not have made it if it wasn't for him, because he definitely knew what to do," Britni told ABC7 News.

"We're trained to come in kind of after the initial chaos has already subsided. To be a part of that initial event is something I have never prepared for or even thought about," David added.

The pair ran into a Motel 6 and broke into a room -- hiding inside. They called their family and told their three-year-old son they loved him.

The Lebons jumped a fence and took a taxi to safety. "You're so grateful and thankful that you're alive, but people you could have been in line with or..." Lebon said, crying. "I can't even talk. They weren't so lucky and it's terrible."

Both couples are grateful to be home -- but say they will never be the same. 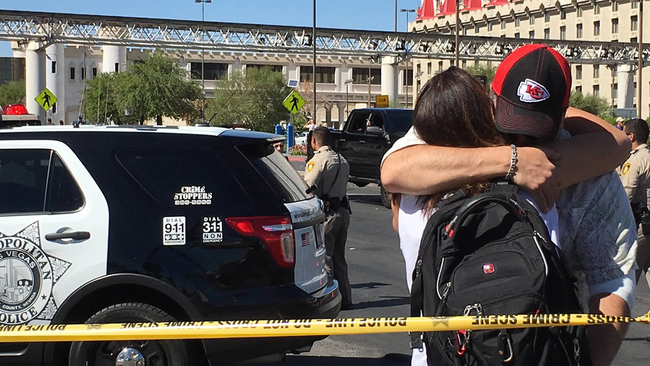 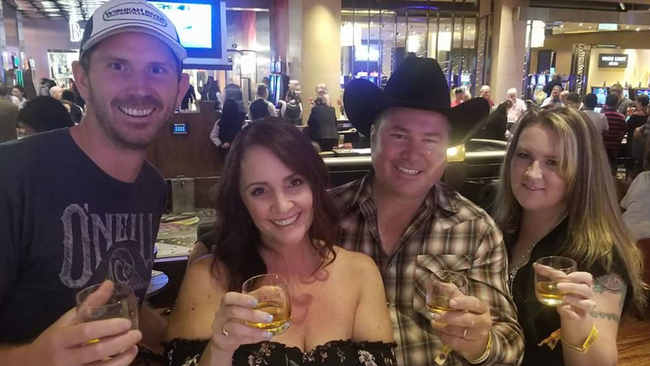 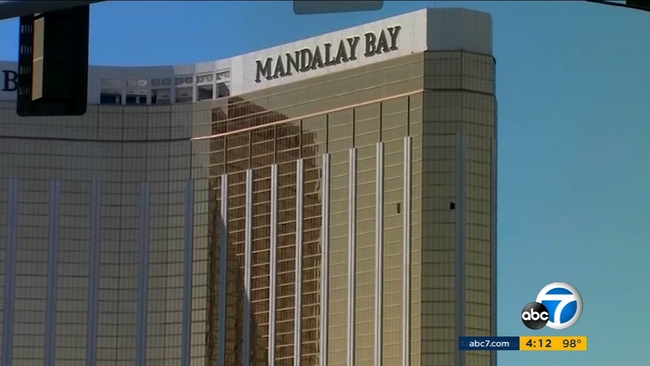