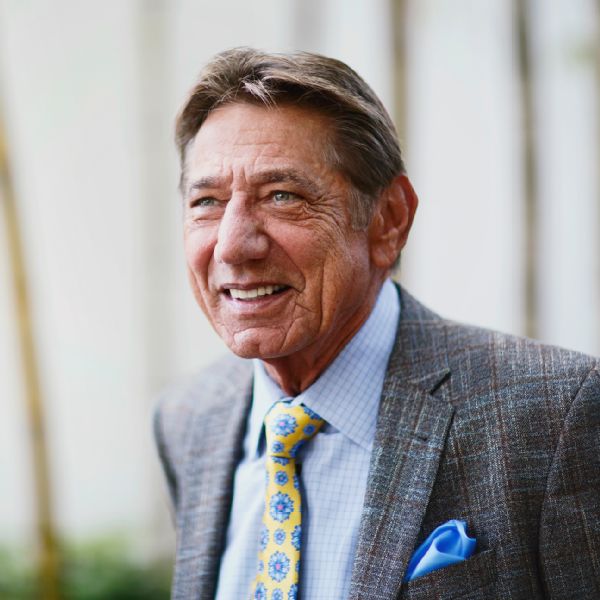 NEW YORK -- While expressing support for players who want to raise awareness about social injustice, Hall of Fame quarterback Joe Namath said Tuesday he's not in favor of them protesting in stadiums.

The New York Jets legend also questioned NFL owners -- specifically, the owner of the San Francisco 49ers -- for allowing it to happen "in the workplace." He was referring to the controversy surrounding former 49ers quarterback Colin Kaepernick.

"It's to each his own, first of all," Namath told ESPN at an event in Manhattan. "For me, I'd be standing, I'd always be standing. Now, I've never walked in a black man's shoes, but initially this started because of some things we all saw on TV with these dash cameras and stuff. It's oppressive, it's wrong. Let's investigate the thing.

"My theory is -- and it's a theory -- first of all you're in the workplace," Namath continued. "San Francisco should've stopped that initially. I mean, shoot, you do that, that's fine, we'll support you. But like Lou Holtz (said recently), 'Not here, you will go outside the locker room, outside the workplace. You don't do it in our workplace.' All of a sudden, it's your stage. No, no, it's our stage, it's the team's stage.

"You certainly support a cause, but each individual owner has their own way and San Francisco ... it just kept going."

Namath, 74, an outspoken player who wasn't afraid to challenge the establishment, also addressed the national anthem issue earlier in the day on Fox News. He said, "we need more respect for the flag."

"It's sensitive, you know," he told ESPN. "There are a lot of people in this country who are happy to be in this country and respect the flag. Eric Reid did it initially and knelt down because he respected the flag -- a sign of submission and respect, kneeling down. That's how the kneeling started. It wasn't ducking the flag, it was some respect for the flag."

Namath hosted a benefit for the Joe Namath Neurological Research Center at Jupiter Medical Center in Florida. The center believes hyperbaric oxygen therapy can help those dealing with brain trauma. The benefit honored the late Hall of Famer Frank Gifford, who died in 2015 at the age of 84. His family later revealed that he suffered from CTE. His son, Cody Gifford, accepted the award on his father's behalf.
Report a correction or typo
Related topics:
sportsespnsan francisco 49ersanthemnamathnflnew york jetsproteststar spangled banner
Copyright © 2020 ESPN Internet Ventures. All rights reserved.
More Videos
From CNN Newsource affiliates
TOP STORIES