Oakland School Board poised to make millions in cuts 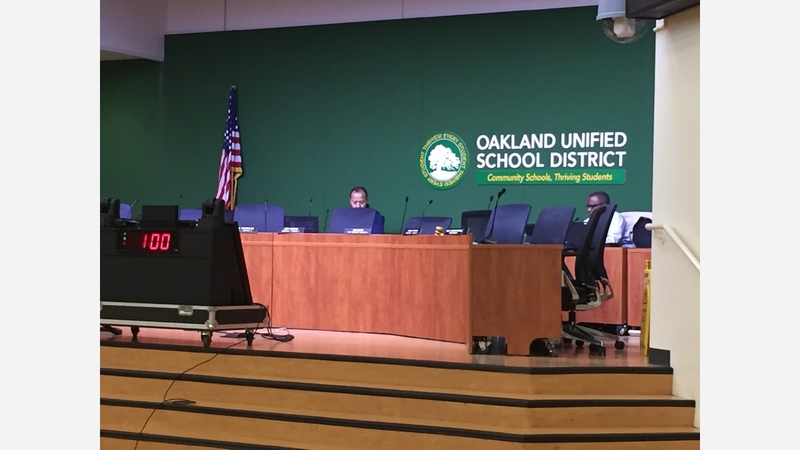 Oakland School Board poised to make millions in cuts

OAKLAND, Calif. (KGO) -- As many as 300 non-teaching positions could be eliminated, many of them among the lowest paying jobs in the district.

That's why teachers and parents are rallying together to protest millions of dollars in mid-year budget cuts in the financially-strapped Oakland Unified School District.

Among the items set to be eliminated, money for school supplies.

"We don't think these cuts are necessary," said Trish Gorham, President of the Oakland Education Association, the teacher's union for the district. "The district is in a little bit of a panic right now and I don't think they have to be and they certainly don't have to be to the tune of 15 million dollars."

Oakland school officials say they need to make $5.6 million in cuts immediately, as much as $15.1 million for the current school year, and another $11 million next year to head off possible state receivership and make up for the missteps of a previous administration.

"Schools simply don't get enough money, to support our students -- to support our staff," explained OUSD Spokesman John Sasaki. "It depends on who you ask, depends on what you're talking about, but there have been areas certainly where you could argue there was overspending in the past and that's what we're trying to rectify."

And while the district claims two-thirds of the proposed cuts would come from the central office away from the classroom, parents and teachers say any reductions at the school sites should be off-limits.

"We absolutely should chop from the top," said Doutherd.

School officials held a meeting on Monday for people to share their opinions and feelings.

The board is expected to vote on specific cuts at its next special meeting on December 13.

#BREAKING Teacher protesting proposed @OUSDNews cuts has a bullhorn, taken over meeting room while board in closed session. #ABC7now pic.twitter.com/vpX1KXTqSs