KGO
By by Dion Lim SAN FRANCISCO (KGO) -- Reactions are coming in from all over the country and social media after it was announced that the man charged in the 2015 shooting death of Kate Steinle at San Francisco's Pier 14 was acquitted of murder and manslaughter.

The hashtags #SteinleVerdict and #KateSteinle are trending not only in San Francisco but all over the world.

One tweet from a woman named Jessica seems to sum it up. She tweeted, "The #SteinleVerdict is sure to stir emotional, even angry debate about the trial, undocumented immigrants and sanctuary cities."

BREAKING. The #SteinleVerdict is sure to stir emotional, even angry debate about the trial, undocumented immigrants and sanctuary cities. https://t.co/6Qp4Cv6KUP

Here are some of the other reactions:

Such an insane recent news cycle, and now this?? Outrageous “not guilty” verdict in murder case of Kate Steinle. The illegal alien who shot her was just given more rights, grace and favor than the devastated Steinle family. San Francisco is NOT a safe place. - SP

#KateSteinle will leave an enduring legacy. The stunning depravity of her murderer’s acquittal will be a turning point in American history. The lines are drawn. #BuildTheWall

Today the justice system let you down, and left us filled with anger knowing there's nothing we can do. But you will never be forgotten. May you rest in peace. He deserved to be put away for life.

Jury convinced that illegal alien killed Kate Steinle accidentally. She would still be alive if we had a wall.

Dear family of #KateSteinle, May you find comfort knowing so many American hearts and families are weeping with you tonight. You are not alone ❤️

Broke: Worried that a 3rd world immigrant is going to murder me or someone in my family

Woke: Worried that a jury of 3rd world immigrants will let them get away with it#KateSteinle

Having served on at least a dozen juries, i know for a fact that everyone takes the job extremely seriously.

My heart is breaking. This is outrageous #SteinleVerdict

Pretty disgusting to see conservatives exploit #KateSteinle’s death to attack all undocumented individuals. She is dead because of gun-violence, that’s the truth they don’t want heard. 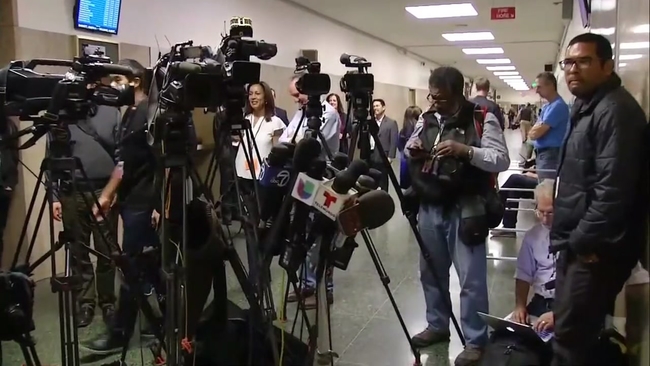