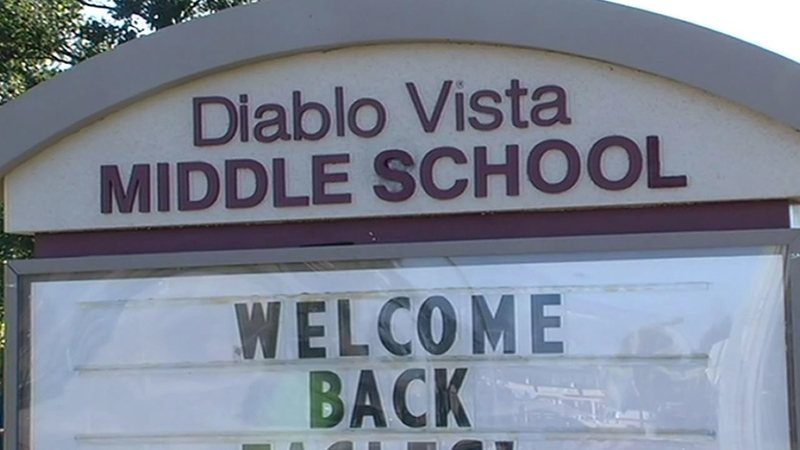 DANVILLE, Calif. (KGO) -- Police say a local math teacher had a computer filled with child pornography. Shocked administrators, parents and students are trying to figure out what to do just days before the start of the new school year.

Mitchell Wolf, 58, is a Danville teacher accused of possessing child pornography. People at Diablo Vista Middle School are shocked to learn a man with a reputation for being a strict teacher is now in jail on $1 million bail.

Terry Koehne is a spokesperson for the San Ramon Valley Unified School District who told ABC7 News, "We were shocked and saddened to hear about the allegations and the arrest."

Detectives seized computers from Wolf's classroom. He had been employed as a math teacher at Diablo Vista Middle School since 2002.

We have no reason to believe any of our students were involved in these allegations," Koehne said.

The principal alerted parents through email saying students and staff may be interviewed as the investigation moves forward.


"This is a teacher that we trusted and that we know nothing other than good things about and to not make or pass any judgment until we know more," parent Mindi Gaemi said.

Wolf has been placed on administrative leave and a substitute will teach his class. The first day of school is Monday. Koehne said it is not the way they want to start the school year, but they are working to make it as a normal as possible.

"It's going to be a tough time going forward, but we are going to do that and move on and we're going to cooperate fully with the investigation," Koehne said.