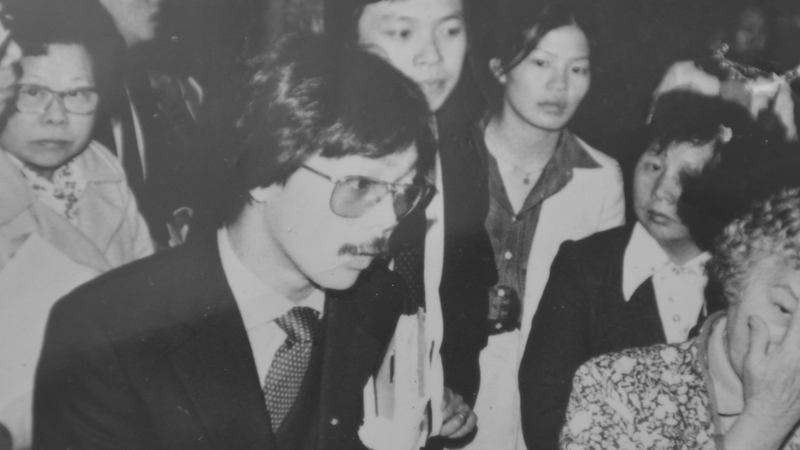 SAN FRANCISCO (KGO) -- Anyone who traces Mayor Edwin Lee's history in Chinatown will follow a path leading through the Asian Law Caucus, where photos still on file tell the story of a young attorney with a passion.

"When he left law school, he could have gone to work for a big firm making lots of money. Instead he chose minimal wages to represent poor people," said Don Tamaki, who once served as Lee's boss at the Asian Law Caucus, and remained a friend for four decades.

He was not surprised how, when Ed Lee first became mayor, he made a pledge, "To represent all the communities."

Today, people hailed Edwin Lee as a mayor of the people, but in Chinatown, those words from a Chinese-American mayor raised by a cook and seamstress in public housing felt even more sacred.

"I think his personality did not come through, necessarily, in a suit and tie," said Aarti Kohli, Executive Director of the Asian Law Caucus, Tuesday. She told the story of a young attorney who began as a clerk and spent 13 years here. "Yeah, he was a great radical."

Ed Lee, she said, fought the system from the outside, then entered government and worked for change within it. "He understood what it was like for low income people."

Audee Kochiyama-Holman worked for 20 with Mayor Lee on a fundraising golf tournament.

She says that in the Chinatown community, he served as an inspiration. "I think it gave people hope that there was someone who looked like him, came from modest beginnings, who could rise to become mayor."

Mayor Edwin Lee never forgot his roots. There were so many of them, spreading wide and deep. "We will miss someone that had our back," said Aarti Kohli. "He totally had our back."