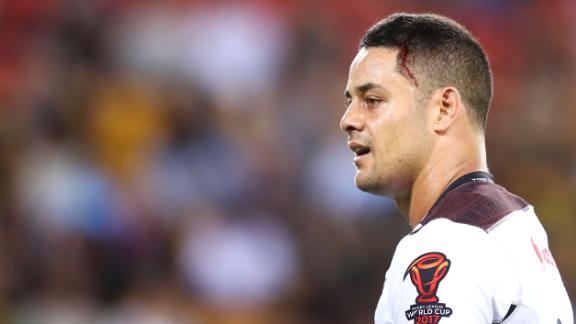 Australian rugby league player Jarryd Hayne has "unequivocally" denied an allegation that he raped a California woman in 2015 during his one-year tenure in the United States with the NFL'sSan Francisco 49ers.

The woman, whose identity is protected in court documents, made the allegation in a civil lawsuit filed against Hayne on Wednesday in Santa Clara County. She is accusing the NRL star of raping her in December 2015.

Hayne has denied any wrongdoing through his legal representative, Ramy Qutami.

"Mr Hayne and his management are aware of recent media speculation in relation to a civil complaint filed in the United States of America making certain allegations in relation to an event which allegedly occurred in 2015 whilst playing for the San Francisco 49ers," Qutami said. "Mr Hayne has not been served with any proceedings or formal complaint relating to the incident.

"Mr Hayne unequivocally and vehemently denies the allegations which are the subject of the civil complaint. Mr Hayne will not be making any further comment in relation to this matter."

It is believed the woman initially reported the incident to the San Jose Police Department in May 2016.

According to the lawsuit, the woman says she met the two-time Dally M winner while intoxicated at a San Jose bar after a 49ers game. She says she then joined him in an Uber ride back to Hayne's home, where she passed out. The lawsuit then goes into detail about the alleged sexual assault.

Police initially investigated the case and conducted witness interviews before it was dropped due to a lack of sufficient evidence to prove the crime of rape beyond a reasonable doubt.

The accusations made were of a civil nature, meaning if found guilty, Hayne would have been liable for damages as opposed to having to serve a jail term.

A spokesperson for the NRL said the league's Integrity Unit would continue to monitor Hayne's case.

"We note that the police in the United States did not proceed with any criminal proceedings, but we will review the information available and continue to monitor the civil case," a spokesperson said.