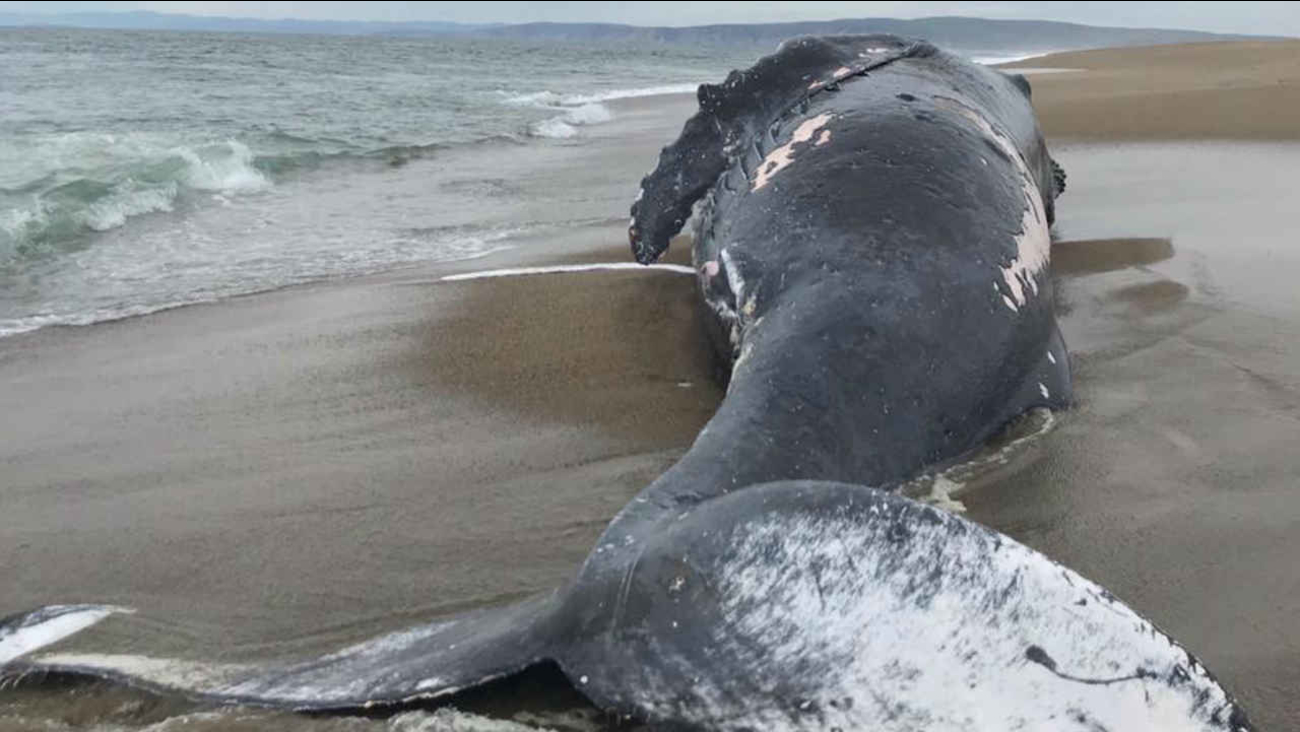 POINT REYES NATIONAL SEASHORE -- A dead whale that washed ashore at Point Reyes National Seashore on Christmas Eve does not appear to have died from a collision with a ship, scientists determined Tuesday.

A team of scientists from the Sausalito-based Marine Mammal Center conducted a necropsy today on the whale carcass, which was reported at North Beach in Point Reyes Sunday afternoon.

The team confirmed that the whale was a juvenile male humpback whale, around 30 feet long.

While the team found some tissue bruising to the right side of the body in the head and neck, it did not find the kind of broken bones and blunt force trauma that is typically associated with a ship strike, according to Giancarlo Rulli, a spokesman for the center.

The animal also had a "substantial" layer of fat and appeared to have been eating recently.

The team plans to send skin and muscle tissue samples out for further testing, and should have a final report on the cause of death within around two weeks.