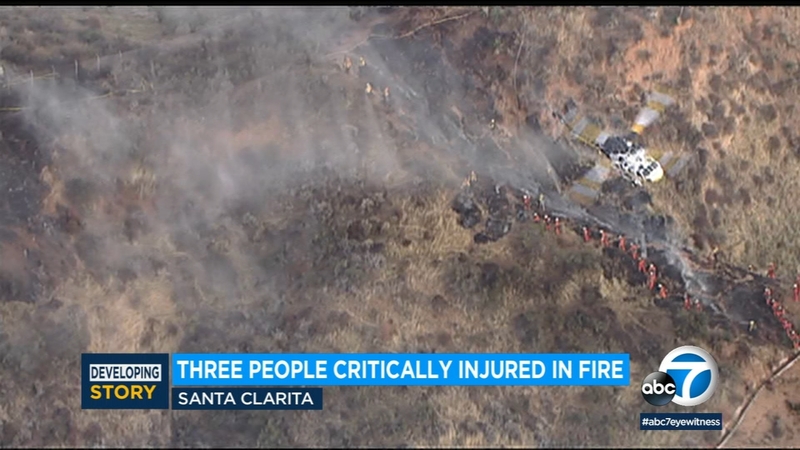 The Los Angeles County Fire Department said the explosion was reported in the 25100 block of Rye Canyon Loop at around 4:45 p.m., and sparked a small brush fire that burned about an acre on a grassy hillside.

The blast was first reported taking place at a film set, but a sheriff's deputy later told Eyewitness News that it happened at an industrial business, and it was not owned by a film company.

The victims suffered critical injuries - second and third-degree burns - and were transported to Henry Mayo Hospital, according to the fire department.

It was not immediately clear what caused the explosion. AIR7 HD captured footage of crews checking through a storage area with multiple cargo containers.

A hazmat team was also at the scene to assess the situation.

A training demonstration shows how to safely film scenes depicting a person on fire.