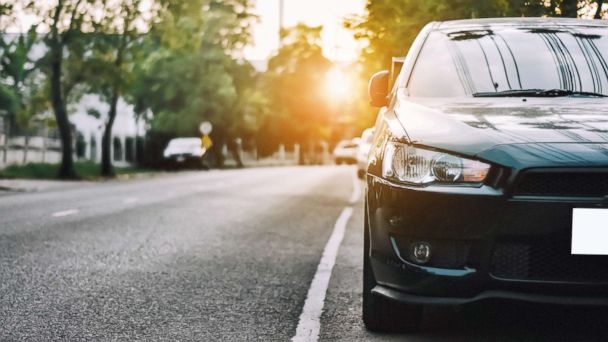 A 3-year-old boy has died after he was found locked in a hot car in Sweetwater, Tennessee, on Monday, authorities said.

The boy's grandmother -- who is also his guardian -- told authorities she had been mowing a neighbor's lawn while a teenager was watching several children at the home, according to the Monroe County Sheriff's Office.

When the grandmother came back to the home, they realized the boy was missing, officials said.

The boy was found in a locked 2006 Honda Accord at the home. It's not clear if the car was locked when it was parked earlier that day, the sheriff's office said.

The grandmother said she took the boy out of the car and into the home where she tried to revive him but was unsuccessful, the sheriff's office said.

The boy had spent 35 minutes in the car, officials said. The temperature reached 86 degrees that day.

"After the investigation is complete, the file will be turned over to the district attorney for review," sheriff's office spokesman Lowell Russell told ABC News via email.

This marks the 23rd child to die from a hot car in the United States this year, according to KidsAndCars.org.

Children's bodies heat up much faster than adults and children's internal organs begin to shut down after their core body temperature reaches 104 degrees, according to a report from the National Safety Council.

On an 86-degree day, for example, it would take only about 10 minutes for the inside of a car to reach a dangerous 105 degrees, the report said.

July is the deadliest month of the year for hot car deaths, according to KidsAndCars.org.

"The last three fatalities have involved children who got into the vehicle on their own," KidsAndCars.org director Amber Rollins told ABC News via email on Tuesday. "These are the easiest tragedies to prevent."

Rollins offers these tips for drivers:

-- Always keep cars locked even if you don't have children.
-- Always keep keys out of children's reach.
-- If a child goes missing, check the inside and trunk of all cars in the area immediately.