KGO
SAN FRANCISCO (KGO) -- President Trump is scheduled to deliver his first State of the Union address on Tuesday, and while most of the Bay Area's Congressional delegation will attend, they plan to make a statement, from the color of their clothes, to the guests they'll be bringing.

Dreamers will be in the audience on Tuesday, as well as sexual assault survivors and members of the transgender community.

East Bay Congresswoman Barbara Lee is skipping Tuesday's State of the Union address in protest, but others who make up the Bay Area's mostly liberal delegation will be there, and many are bringing guests aimed at making a point.

"It's incredible that I was the one selected to accompany Senator Harris," said Denea Joseph, a so-called "dreamer" who came to the U.S. From Belize when she was 7 years old.

Joseph recently graduated from UCLA and now works for an advocacy organization that serves black, undocumented immigrants across the country. She will be Senator Kamala Harris's guest on Tuesday.

"I think representation as large as a platform as the State of the Union, and the mobilization that's to come can only help to reinvigorate our community," said Joseph.

House Minority Leader Nancy Pelosi has also invited a dreamer. North Bay Congressman Jared Huffman, meanwhile, will be bringing a transgender Marine Corps veteran to highlight his opposition to the President's efforts to ban transgender people from the military. As for Peninsula Congresswoman Jackie Speier, she's invited a sexual assault survivor. Speier has been pushing for legislation combatting sexual harrassment on Capitol Hill. Others, like Congressman John Garamendi, will be wearing black to show their support.

"I will be wearing black in recognition of the #MeToo movement, and in solidarity with the women who have been abused and for those who never want it to happen again," said Garamendi.
Report a correction or typo
Related topics:
politicswashington dcsan franciscooaklanddacademocratscongressdonald trumpimmigration reformrepublicansbarbara leekamala harrissexual harassmentsexual assaultpresident donald trumpnancy pelosiimmigrationstate of the union
Copyright © 2020 KGO-TV. All Rights Reserved.
RELATED 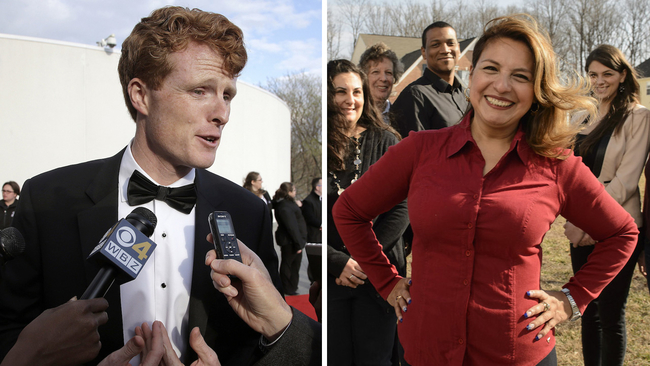