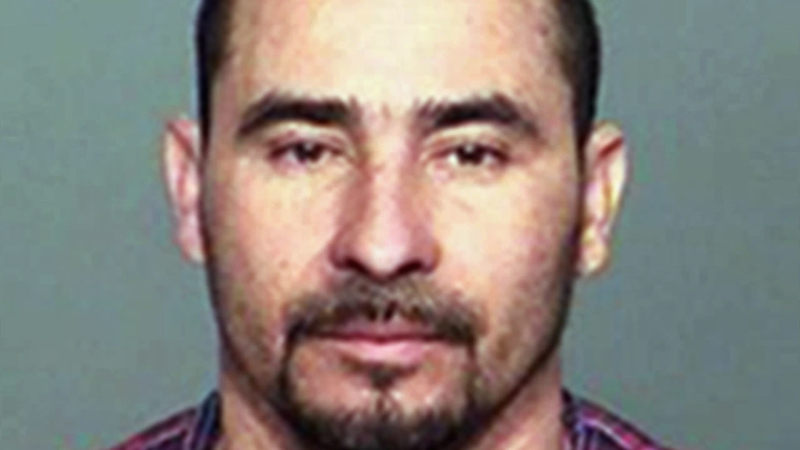 REDWOOD CITY, Calif. (KGO) -- An immigrant who was living illegally in Indiana when he was arrested in a suspected drunken-driving crash that killed an NFL player had a history of misdemeanor convictions and arrests, including at least two previous instances of driving under the influence, authorities said Tuesday.

Orrego-Savala is from Guatemala. Not only was he in the United States illegally -- and racked up a criminal record.

The San Mateo County District Attorney told ABC7 News Orrego-Salva pleaded no contest to two misdemeanor counts of DUI in Redwood City in 2005.
But, that was not his first encounter with law enforcement in the Bay Area.

In 2006, the D.A.'s office convicted him on drug possession charges and he was sentenced to drug treatment.

The Mercury News reports Orrego-Savala was then deported twice -- in 2007 and 2009 -- following arrests in San Francisco. It's not clear when he reentered the country.

A criminal defense attorney in Indianapolis said what happens next is up to federal authorities.

"If they wanted to come in and grab him right now and deport him, send him back to Guatemala, they could do that. They have that authority," Said attorney Jack Crawford

So disgraceful that a person illegally in our country killed @Colts linebacker Edwin Jackson. This is just one of many such preventable tragedies. We must get the Dems to get tough on the Border, and with illegal immigration, FAST!

President Trump has often, referenced the Kate Steinle shooting as an example of the need for stronger borders.

Steinle was shot and killed in San Francisco. A Mexican immigrant, who had been deported five times, was charged in the shooting.

A jury acquitted him in November.

The Associated press contributed to this report