There is no filibuster equivalent in the House of Representatives, so Pelosi took advantage of the so-called magic minute rule. That one minute lasted longer than anyone expected.

RELATED: Pelosi talkathon to push for vote for dreamers ends

"So I'm going to go on as long as my leadership minute allows," said Pelosi.

Eight hours and seven minutes to be exact -- a marathon monologue in four-inch heels, that went on without any food or bathroom breaks. Pelosi's daughter Christine says her phone began blowing up.

"People would text me and say, I would have gone to the bathroom by now and I texted them back, don't jinx her, don't jinx her. Don't even think that thought," said Christine Pelosi.

Pelosi was trying to bring attention to dreamers, young undocumented immigrants brought here as children. President Trump suspended an Obama-era program that offered them protections and gave Congress six months to come up with a replacement, but more than five months later, still no legislation. Fed up, Pelosi began reading the stories of dreamers.

The House's magic minute rule allows the leaders of both parties to make remarks for as long as they want. When she finally finished, Pelosi spoke longer than any party leader before her by nearly three hours.

Michelson says although Pelosi certainly made headlines, the 8-hour stunt may have been all for naught.

"If you're in the minority in the house, you really have no leverage. The House is majority rule up and down the line," said Michelson.

But on this day, Pelosi made her point and set a record along the way. 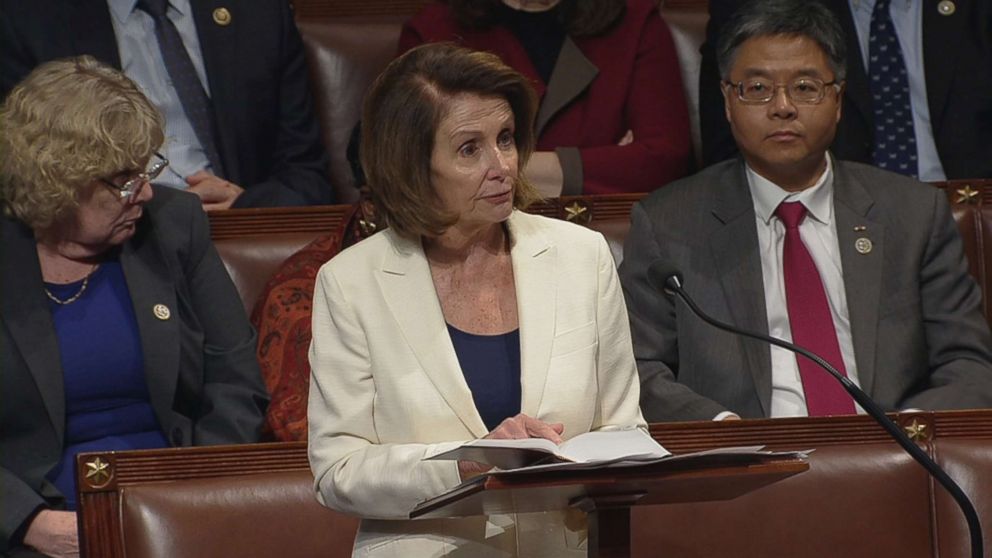