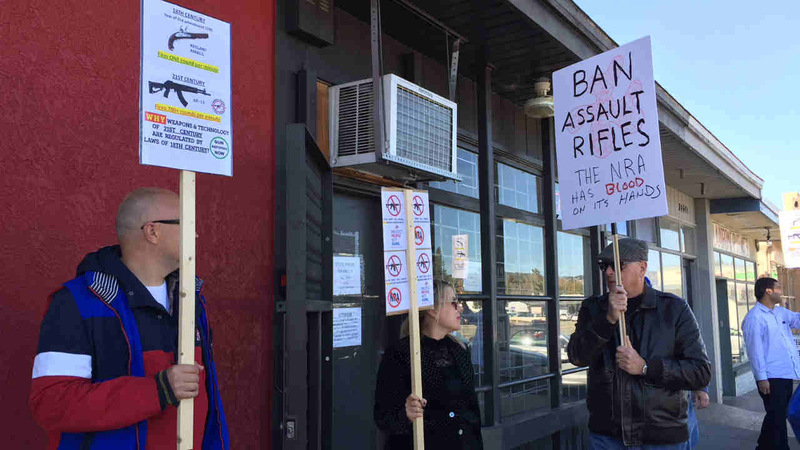 SAN JOSE, Calif. (KGO) -- By a 5-0 vote the Santa Clara County Board of Supervisors Tuesday committed to organizing a summit looking at gun violence in the next 60 days.

It seeks input from the public, from social service agencies, from law enforcement and from other stakeholders to look into such issues as more extensive background checks for gun buyers, creating safer school campuses, and addressing concerns about guns in the possession of people with mental health issues without stigmatizing those individuals.

"I'm a gun owner. We have to be open to dialogue," said Board of Supervisors President Dave Cortese during discussion before the vote. The summit was his proposal.

Among members of the public who spoke during the board meeting was Joel Rodriguez, interscholastic coordinator for the group "March for Our Lives." The Prospect High School student called the summit a "bold move." He added, "Living in California, we are not exempt from this issue (of gun violence)."

Santa Clara County Sheriff Laurie Smith said she is looking forward to participating in the process. Supervisor Cindy Chavez said she specifically wanted input from Sheriff Smith to help identify which school campuses are unsafe and what opportunities are there to make the safer.

The issue of gun violence has gained urgency as a result of the gun attack on the high school in Parkland, FL this month. However, even San Jose has been impacted. In March 2015, San Jose Police Officer Michael Johnson was shot and killed responding to a report of a man with a gun. The suspect, Scottt Dunham, was described by relatives as possibly suffering from an undisclosed mental illness.

Supervisor Cortese said he hopes one outcome of the summit will be a call for more sharing of information about people with mental health issues so those dealing with them will be aware of their diagnosis.

Even as Santa Clara County is preparing to hold a summit, others who are seeking gun law reform are protesting outside a gun store in Castro Valley Tuesday afternoon.