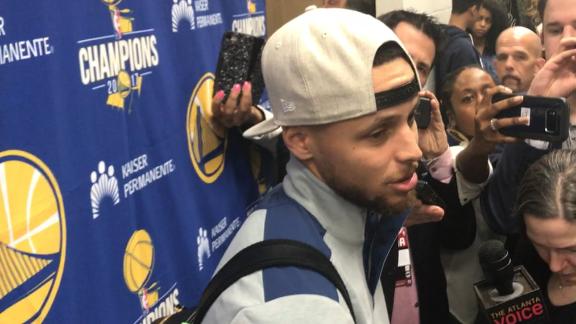 ATLANTA -- After tweaking his right ankle in the first quarter Friday night, Golden State Warriors point guard Stephen Curry returned to action before leaving a 114-109 win against the Atlanta Hawks for good in the third quarter.

While contesting a layup hoisted by Hawks guard Dennis Schroder, Curry came down on the foot of teammate Zaza Pachulia.

"I came back in the second [quarter], felt pretty good," Curry said after the game. "It got a little stiff at halftime. I didn't think I would have to sit out coming into the third quarter, but sometimes the power of [team trainer] Chelsea [Lane] and coach [Steve] Kerr wins out, and we just want to be precautionary and safe."

To further illustrate how well he must be feeling, league sources said that Curry and Klay Thompson will be playing at Augusta National Golf Club on Saturday. After the round, they will take a private plane back to the Bay Area.

As for his basketball game, Curry ended Friday's win with 28 points on 8-for-15 shooting, including 4 of 9 from 3-point range.

Kerr immediately called a timeout after noticing his point guard was hobbling late in the first quarter. Curry took a seat on the bench and was looked at by Lane. He got up to test the ankle, and there was noticeable aggravation. A few minutes later he retreated to the locker room, then returned to the bench.

Curry played in the second and third quarters before leaving the game for good.

"He was limping a little bit," Kerr said. "He wanted to stay in, but we didn't want to let him stay in there just because the potential to [make it worse]."

The All-Star point guard missed much of December with a sprained right ankle. He said he's relieved this injury is not a reaggravation of the previous one.

"Obviously landed on my foot, and it kind of stunned me for a second, but I was able to shake it off, keep it loose," he said. "... Frustrating, but big picture. I understand."

After the game, Curry was walking with no signs of a limp. The Warriors don't play again until Tuesday at home against the Brooklyn Nets.

On Thursday, Curry made waves when he posted a photo of shattered glass in his hotel room with the caption: "When you feel like you're on the @pgatour so you gotta get some swings going in the hotel room. #idiot."

Curry, an avid golfer who played a Web.com Tour event last year on a sponsor's invite, was asked after Friday's game what happened. He told NBC Sports Bay Area that he was practicing his swing in his room -- something he said he does all the time -- when suddenly his phone alarm went off, startling him and causing him to lose grip of his 7 iron, which landed on a glass table.

Curry said he wasn't wearing shoes when the table shattered, but he wasn't cut. 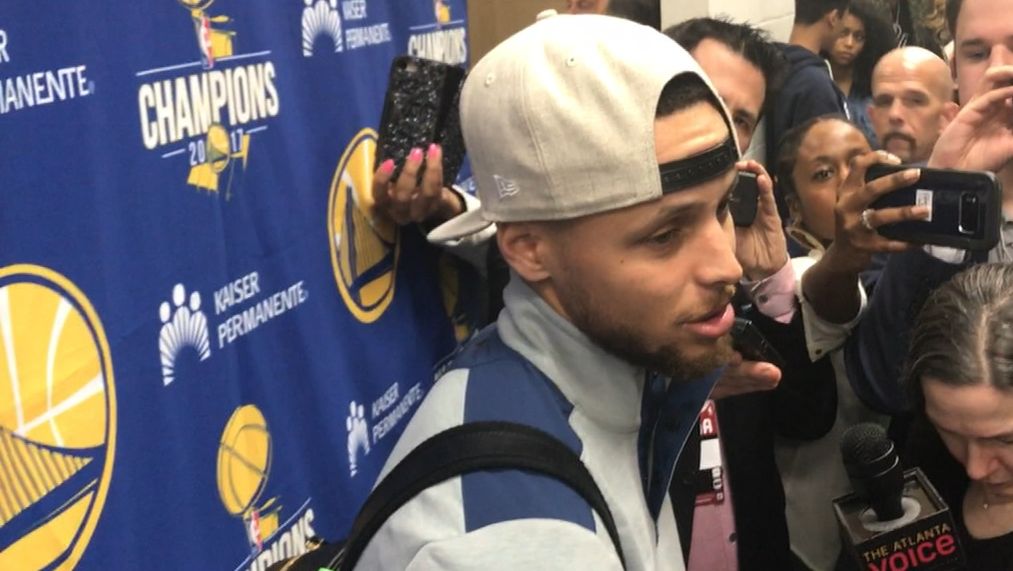