RELATED: Kerr says MLK would be less than inspired by today's leadership

"When people say stick to sports, stick to coaching, whatever -- that means nothing. We all have a voice," said Kerr as he addressed the audience.

Khanna organized the Town Hall following the mass school shooting in Parkland Florida. He and Kerr had a conversation about gun violence and Kerr agreed to do the event.

"It shows that he's a citizen first. He's a patriot first and I just have tremendous regard for him. He has nothing to gain by doing this. He just wants to make an impact," said Khanna, who represents California's 17th Congressional District.

ABC 7 News Reporter Katie Utehs asked students why they attended. Erica Jimenez a Newman Memorial High school student said, "I just want to be aware of what's going on and what the government and what everyone's going to do to help protect us as a community and as the citizens."

Kerr empathizes with shooting victims. His own father was killed by gun violence in a terrorist attack in Lebanon.

"I know what that feels like. It's awful. It's devastating. It's horrifying. This is pretty simple, let's see if we can do something about it," said Kerr.

"He was personally affected by this issue like a lot of us. I think it just goes to show that not anyone is safe on this issue and we really need to stand up now before it hurts more families," said Matt Deitsch, community outreach director for Never Again. Deitsch is a Marjory Stoneman Douglas alum and his sister was in attendance the day of the mass shooting.

Kerr's elevated platform goes beyond interviews with sports and news reporters. He has more than 337-thousand followers on Twitter. His last ten tweet were related to gun violence.

"It's become kind of my personal crusade with the media, but I can do more. I'd like to know what more I can do, maybe I can get my team involved more. Yeah," said Kerr followed by applause from the audience.

Students asked how they can be involved in the discussion. Deitsch took the question and several time Kerr referred to him on questions regarding gun violence statistics.

Deitsch said, "I think it's really important if you can find a teacher at your school to sponsor some sort of activism club. Douglas had multiple ones before any of this even happened."

Fremont resident Mark Eberly wanted to attend the town hall to present an opposing opinion. When he didn't make it in time he approached reporters after the event.

"When we don't have people that are passionate about the other side of it, that can sort of contradict what's going on in meetings like this then it becomes more of a one sided thing," said Eberly.

Eberly is concerned about further restricting guns. He said, "There's a lot of things that can be done, but there's a lot of laws that are already in place that just haven't been observed or focused on enough."

Khanna told reporters Congress is working on the issue of gun violence.

After the Q&A session Kerr took time to take pictures with students who overall seemed moved by his words and presence.

"I thought it went really well. A lot of great questions were asked and I'm really proud of our students and the turnout," said Anthony Vanpool, Newark Memorial High School Senior.

.@RoKhanna praises @SteveKerr for speaking out on #gun violence. Says he has nothing to gain professionally by doing so. Town Hall event about to begin at #Newark Memorial HS. #abc7now #ENOUGH #MarchForOurLives pic.twitter.com/ea110of5Ni

.@stevekerr equates the current student lead #marchforourlives #gunviolence efforts with the anti-war efforts led by youth during Vietnam. He says vote, “it scares the hell out of them.” #abc7now #enough pic.twitter.com/1PYvfgNVQv

“When people say stick to sports that means nothing. We all have a voice. It’s a democracy.” @stevekerr says at #GunViolence Town Hall at #Newark HS #abc7now @warriors pic.twitter.com/lc6kar3ixa 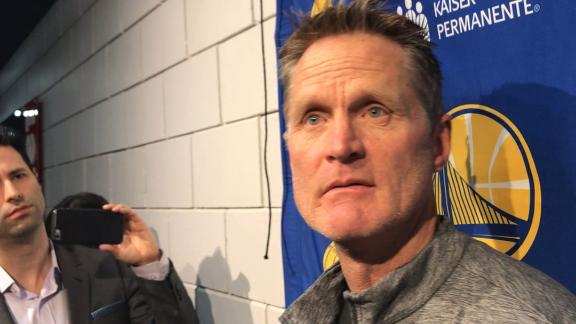 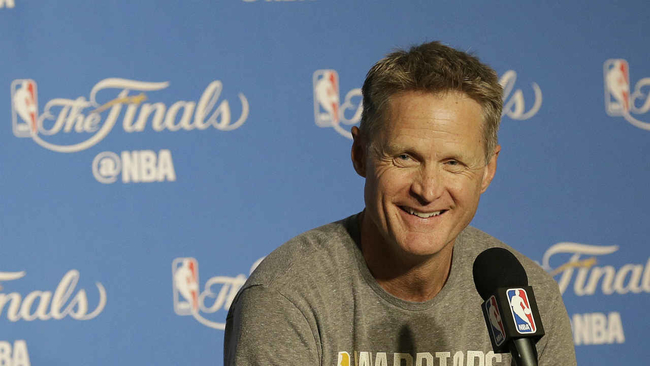