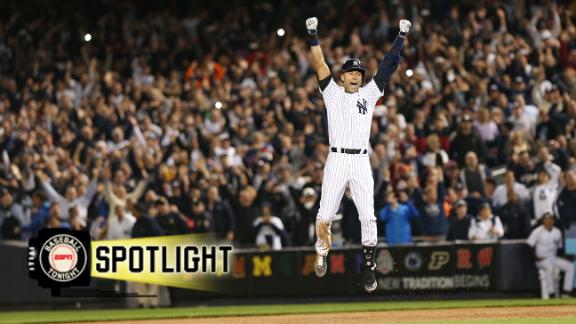 NEW YORK -- It was a most improbable ending to Derek Jeter's career at Yankee Stadium and, at the same time, utterly predictable: ninth inning, runner on second, game on the line and the player who has been called "Captain Clutch" at the plate.

As he has done so many times over the past two decades, Jeter jumped on a first-pitch fastball and with that instantly recognizable inside-out swing slapped the ball hard on the ground into right field to score the winning run in a dramatic 6-5 New York Yankees victory over the Baltimore Orioles.

Yankee Stadium, which had overflowed with love for Jeter all night, erupted in the kinds of cheers reserved for the greats of Yankees history.

It was an ending so perfect that even Jeter admitted, "I wouldn't have believed it myself."

"Everyone dreams of hitting a home run in the World Series or getting a game-winning hit," Jeter said. "But I was happy with a broken bat and a run scored in the the seventh inning; I was happy with that being the end. But I'll take this one."

Two innings earlier, it appeared Jeter had won the game in less spectacular fashion, with a bases-loaded bouncer that broke a 2-all tie when Orioles shortstop J.J. Hardy fired the potential inning-ending double-play ball into right field for a two-run error.

And Jeter had started off by thrilling the crowd with a first-inning RBI double that narrowly missed being a game-tying two-run home run, hitting the left-field fence about 3 feet from the top.

But it seemed the night was headed for a dispiriting end when Yankees closer David Robertson blew a three-run lead, allowing ninth-inning home runs to Adam Jones and Steve Pearce to draw the Orioles into a 5-all tie.

All Robertson had done, however, was set up Jeter for yet another memorable moment in a career that has been filled with them. After designated hitter Jose Pirela led off the bottom of the ninth with a single and Brett Gardner bunted him to second, Jeter came up against right-handed reliever Evan Meek.

One pitch later, the ball was rolling into right field and Jeter was being swarmed on the field by his teammates, having come through in another clutch situation.

It was a moment so electrifying that even the victimized Meek had no choice but to savor it.

"What a moment," he said. "What better way to go out here at Yankee Stadium than to do what he did? I can't be upset about that."

Meek said that as Jeter came off the field, he said to the Orioles' bench, "Congratulations and good luck. You guys deserve it," referring to the fact that Baltimore finished atop the American League East, a position the Yankees occupied at the end of 13 of Jeter's 20 seasons.

"That's why we all tipped our caps to him," Meek said. "He's a legend. He's done everything right."

Jeter was met near home plate by his parents, Charles and Dorothy Jeter; his sister Sharlee and her son Jalen; and his girlfriend, Hannah Davis. He also was greeted by former teammates Mariano Rivera, Jorge Posada, Bernie Williams and Andy Pettitte, and former manager Joe Torre, who managed them all to four World Series titles.

"That meant a lot to me," Jeter said. "Those guys are my brothers. Mr. T [Torre] is like a second father. I wouldn't be here today if it wasn't for them. We've shared a lot of success, a lot of memories together, and I guess this is one last one we can share together."

The normally stoic Jeter was swollen-eyed in his postgame news conference, and admitted it took effort to control his emotions throughout the day and that he had broken down several times during the game.

Jeter said there were times during the game when he was so nervous he hoped the ball would not be hit to him. In fact, he made a throwing error the first time he handled the ball.

"I almost started crying driving here today," said Jeter, who admitted he had to retreat to the clubhouse during the game to compose himself. "I think I've done a pretty good job of controlling my emotions throughout the course of my career. I have them, I try to hide them, I try to trick myself and convince myself that I'm not feeling those particular emotions. It's been getting more and more difficult these last few weeks, but today I wasn't able to do it."

When asked on the field after the game by a television interviewer to describe what was going through his mind, the first words out of Jeter's mouth were, "Don't cry."

Jeter said that as his retirement drew nearer, he found it increasingly difficult to control his emotions, especially when he was being honored at every out-of-town ballpark on what he insisted not be called his "farewell tour."

"This whole year, it's been special," he said. "But at times, it's been odd and it's been difficult. You almost feel as though you're watching your own funeral, you know what I mean? I appreciated it all, but internally you feel as though part of you is dying. And I guess that's true of the baseball side because it's over with."

Over the past week or so, Jeter certainly has looked like a player with a lot more baseball left in him. In the eight games of the Yankees' final homestand, which concluded with Thursday night's victory, the 40-year-old Jeter had 12 hits in 34 at-bats (.353) and nine RBIs.

Jeter said he would not play shortstop in the Yankees' final three games at Fenway Park this weekend, preferring to have played his last game at the only position he has played in 20 big league seasons at Yankee Stadium, but would like to be the designated hitter in at least two of the games.

"I'm happy with the way my career has gone," Jeter said. "I wouldn't change anything about it. I wouldn't trade places with anyone who's ever played this game because this is exactly what I dreamt of doing and everything I've been able to do is more than I've ever dreamt. And all I've ever cared about is winning." 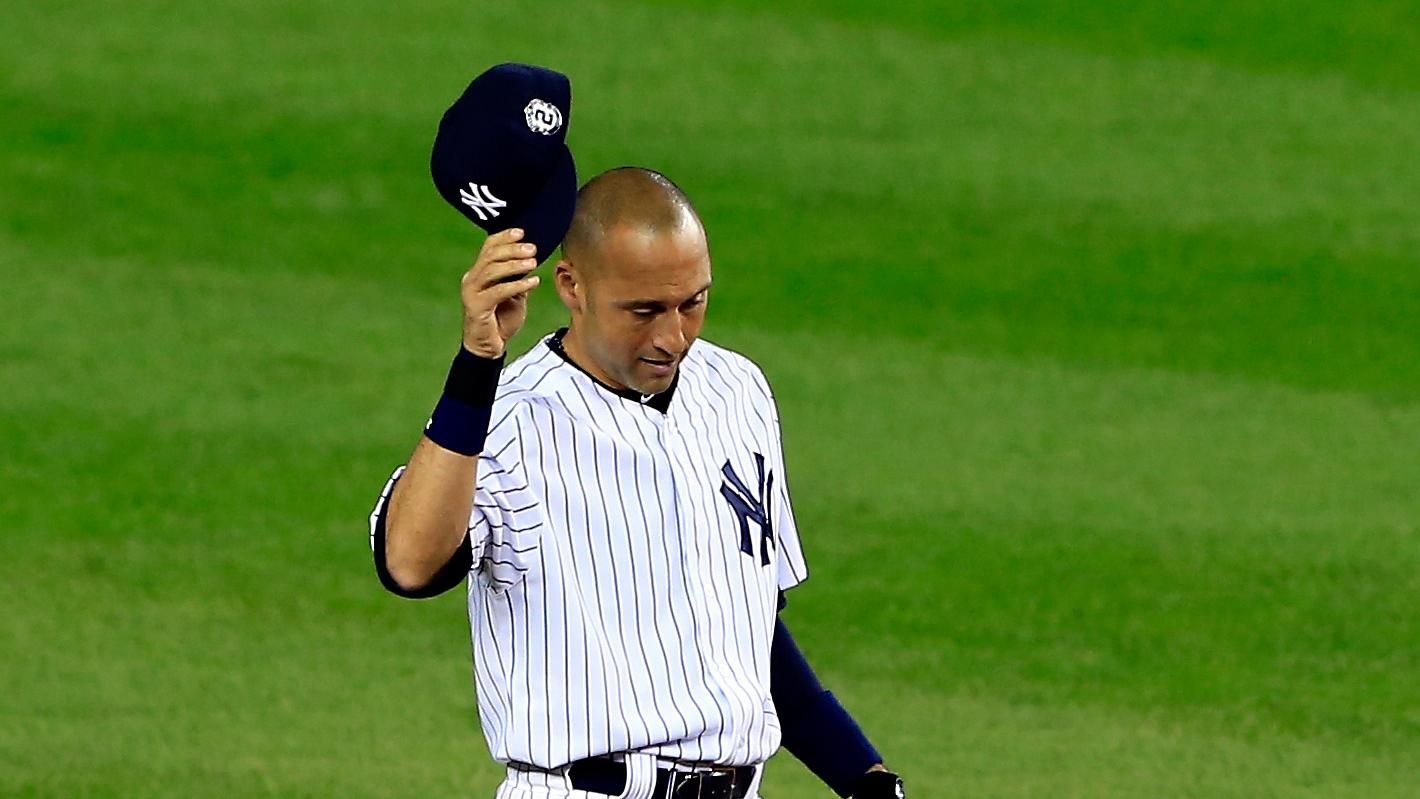 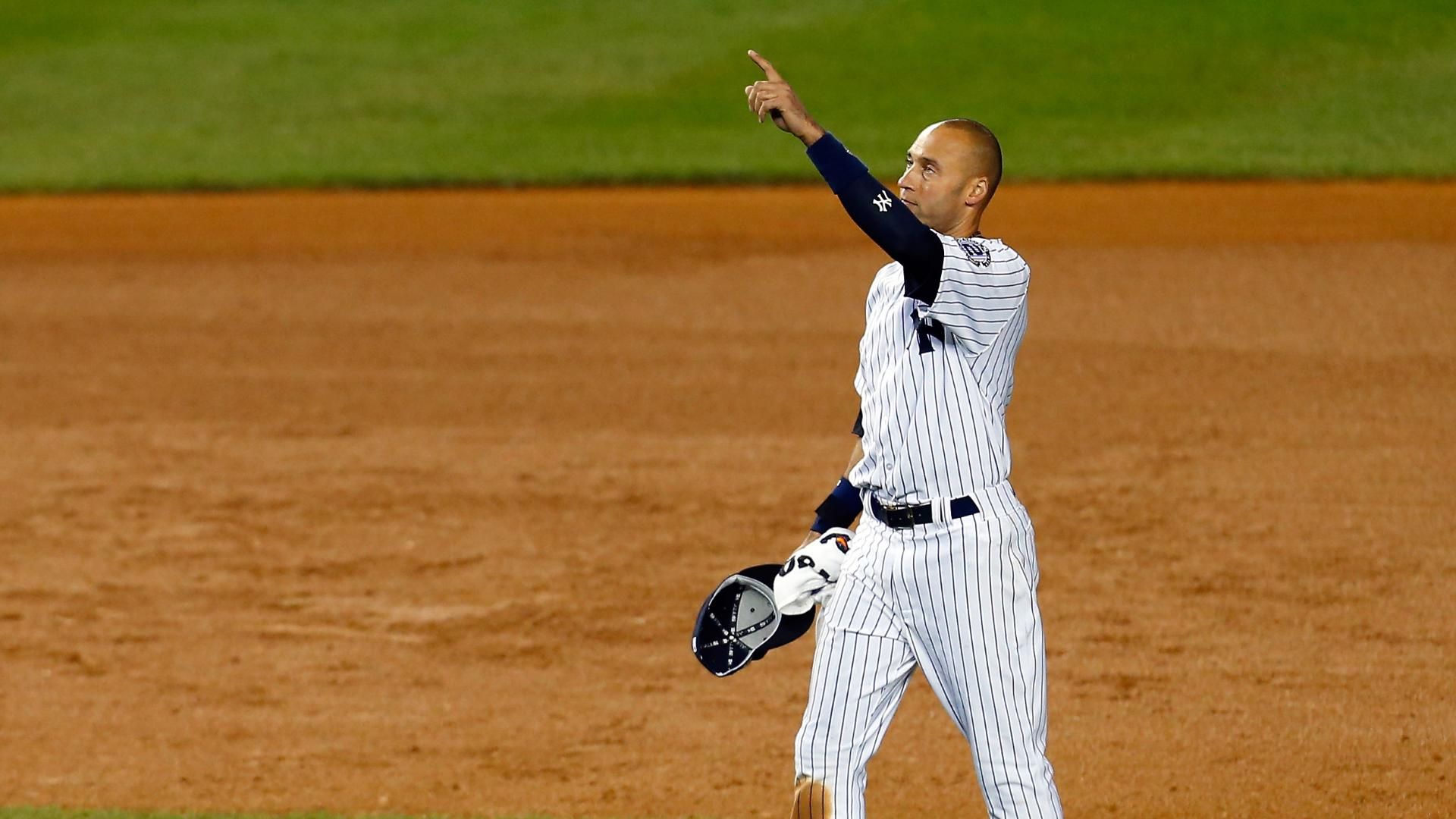 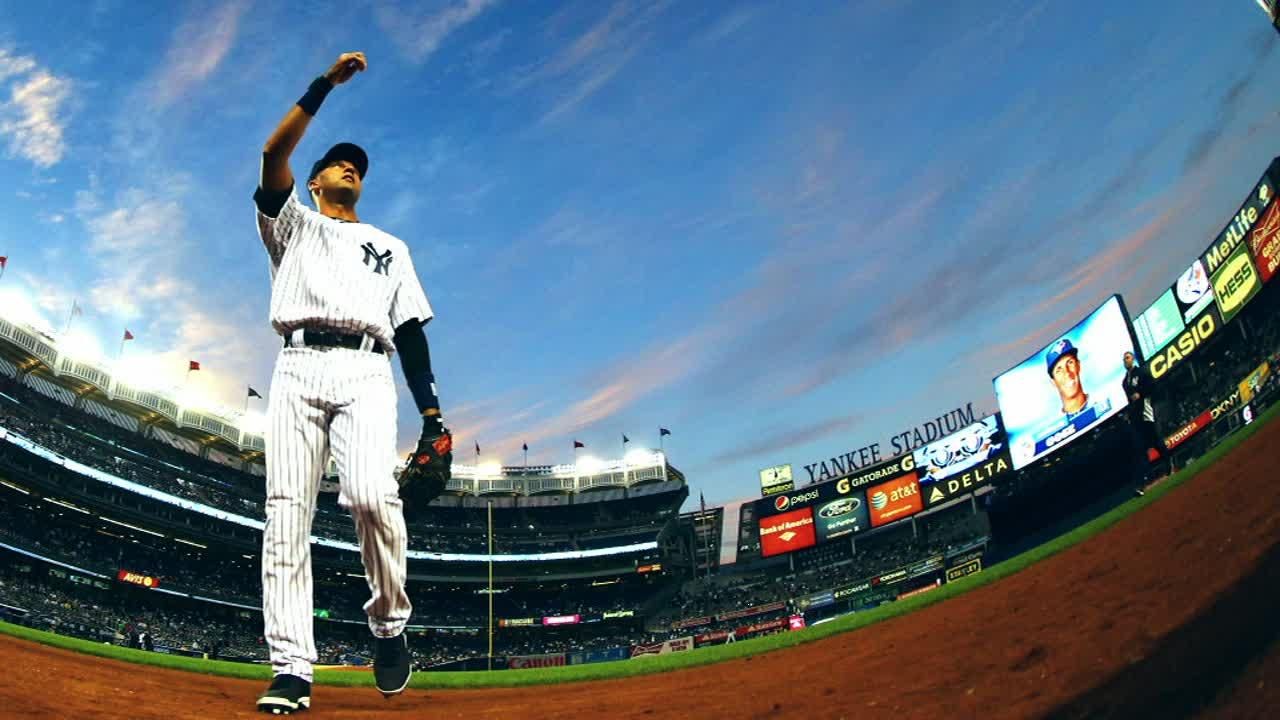