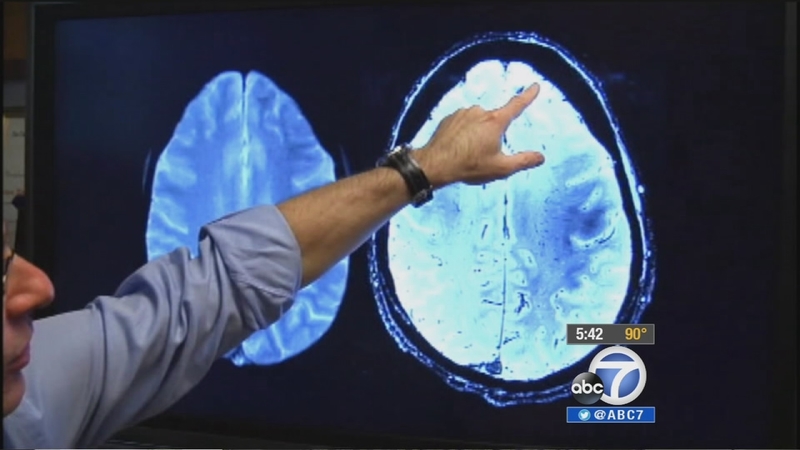 LOS ANGELES -- Alzheimer's disease was officially recognized a hundred years ago, but there's still no effective treatment for it. Now researchers at UCLA say they've developed a program that shows for the first time memory loss being reversed.

It's not a drug; it's not a procedure; it is a novel, comprehensive and personal approach to treating memory loss associated with Alzheimer's. UCLA researchers spell out exactly what can be done to reverse what the disease does to the brain.

In the report provided by UCLA, Dr. Dale E. Bredesen explains how Alzheimer's is a complex disease affected by sleep, diet, even exercise.

"These all -- and other things -- all contribute to this critical balance in plasticity," said Bredesen.

In the UCLA protocol, patients made dramatic lifestyle changes. They avoided simple carbs, gluten and processed foods. They increased their fish intake, took yoga and meditated. They were instructed to take melatonin, get adequate sleep, incorporate vitamin B-12, vitamin D-3 and fish oil.

Within six months, nine patients saw a noticeable improvement in memory. One patient, who was in the late stages of Alzheimer's, did not show improvement.

UCLA researchers say the findings suggest at least early on, changing a person's metabolic processes can bring back memory and cognitive function.

Six of the patients of the patients in the study who had to discontinue working were all able to return to their jobs. Study authors say some patients were followed up to two and a half years and the memory improvements remained.

Plans are underway to do larger studies on this therapeutic program.

For more information on the study: Reversal of cognitive decline: A novel therapeutic program