KGO
By by Kate Larsen
ALBANY, Calif. (KGO) -- Albany police say they have made an arrest in a fatal shooting that happened on a park bench Monday afternoon in broad daylight.

Officials say Kayla Gibson-Wytch, 21, of Berkeley and 31-year-old Tomas Shimamura of Oakland have been arrested for shooting a 23-year-old Vallejo man, Raphael Fuentes-Lee. He was rushed to Alameda County Hospital shortly after the incident but did not survive his injuries.

Later in the day, an officer spotted Shimamura walking on San Pablo Avenue in Berkeley and arrested him. Police questioned both suspects and booked them for murder.

Fuentes-Lee was found shot on the bench at 11:30 a.m. Sunday along the popular Ohlone Greenway.

Neighbors say he had been living in the bike path area for the past two weeks.

Police say they received a "tremendous amount of assistance" from the community and witnesses at the scene and during the investigation.

This is Albany's first homicide in three years and the third in fifteen.
Report a correction or typo
Related topics:
albanycrimehomicide investigationgun violencehomicideviolenceinvestigationpolice
Copyright © 2020 KGO-TV. All Rights Reserved.
RELATED 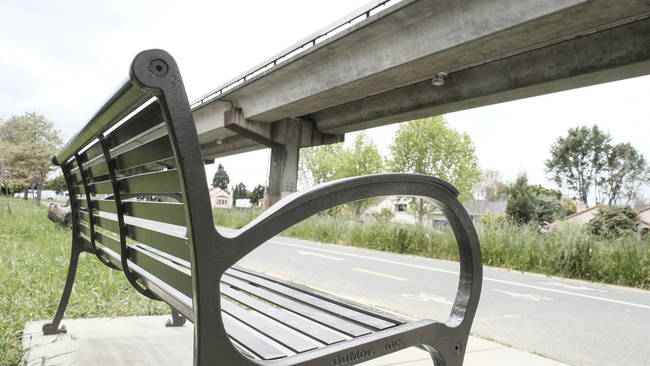