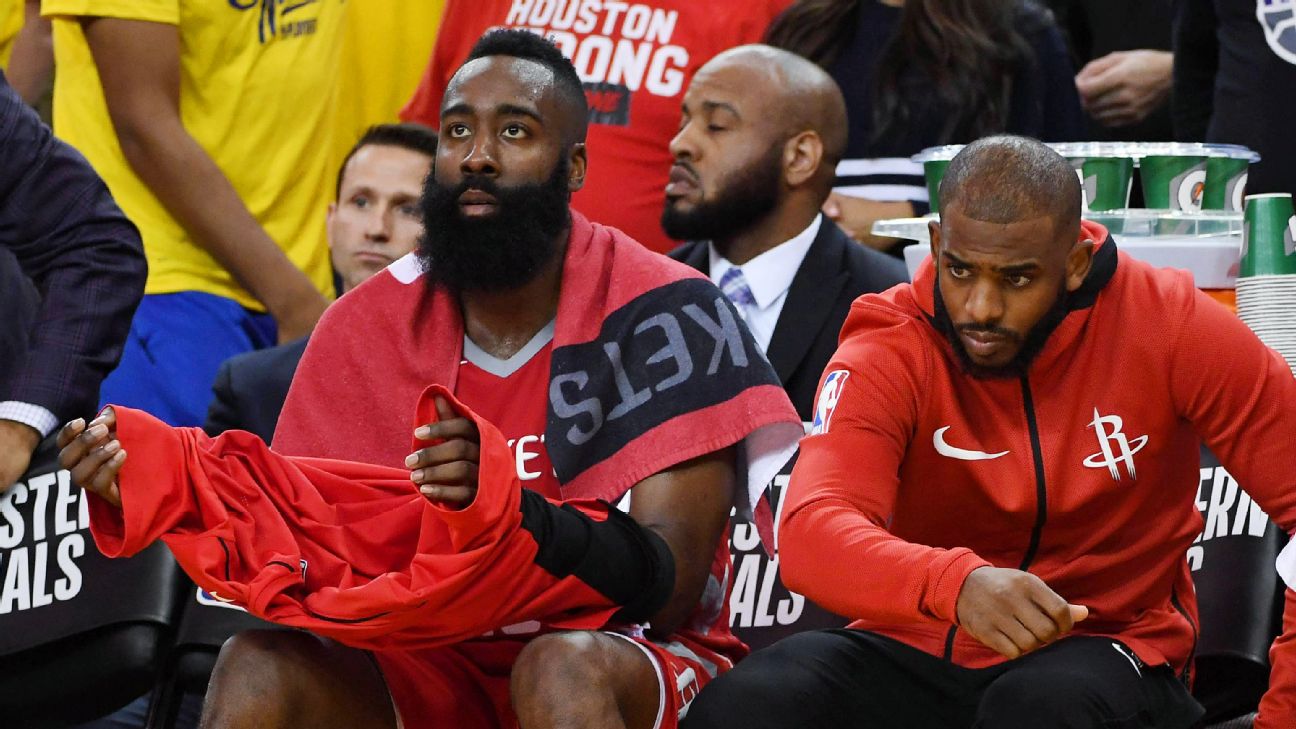 OAKLAND, Calif. -- Houston Rockets star James Harden took a big-picture view in the wake of a blowout Game 6 loss to the Golden State Warriors on Saturday night that evened the Western Conference finals.

Harden harkened back to a team-bonding trip the Rockets took to the Bahamas over the summer, saying he would have readily accepted at the time an opportunity to play a Game 7 at home with a chance to advance to the NBA Finals. They'll have that opportunity, but Rockets co-starChris Paul's status is in serious doubt because of a right hamstring strain that sidelined him Saturday night.

"We'll take that," Harden said after Houston's 115-86 loss to the Warriors at Oracle Arena. "So nothing changes for us. We know what we have to do. ... We're still confident. We're a confident group, and we've just got one chance."

Coach Mike D'Antoni said he had "no idea" whether Paul could recover in time to play in Game 7. However, Houston is moving forward with the mindset that getting Paul back would be a major bonus.

"Less likely than likely, but working every angle to try," a league source told ESPN's Adrian Wojnarowski about the possibility of a Paul comeback for Game 7.

"Obviously we want to have him," Rockets forward PJ Tucker said. "He's one of the best point guards in the league, but if he doesn't play, we'll figure it out. We're going to do what we've got to do to win this game. The five guys on the floor and whoever else is playing, we're going to roll. It's what we do. It's what we're built for."

With Paul wearing warm-ups and watching from the bench, the Rockets roared out to a 17-point lead after the first quarter and led by 10 at halftime. Then they got outscored by Golden State's Splash Brothers in the second half, when Klay Thompson and Stephen Curry combined for 37 points and the Rockets managed to put up only 25.

Houston has proved its ability to rebound after being on the wrong end of a rout during this series. The Rockets responded to a 41-point loss in Game 3 -- the most lopsided playoff loss in franchise history -- by winning the next two games to put the defending-champion Warriors on the brink of elimination.

Paul played a major role in the Rockets' last two victories, averaging 23.5 points in those two wins, but he strained his hamstring in the final minute of Game 5.

"Obviously with Chris being down, that's [tough], but we're a confident team," Rockets reserve swingman Gerald Green said. "We're a confident bunch. What we did in that first half, that shows what we can do. We can even do more than that. We still made mistakes, but we've just got to put a string of 48 minutes together."

The Rockets earned the right to play Game 7 at home by rolling to the NBA's best record. Houston went 65-17 during the regular season, including 15-9 in games in which Paul didn't play.

"There's no pressure," said Harden, who had 32 points and nine assists but committed nine turnovers in Game 6. "It's an opportunity, though, an opportunity that we all are excited to be a part of. Game 7 at our house. That's what we worked the entire regular season for, is home-court advantage. We're going to come out and we're going to be ready."

Added D'Antoni: "So we've got what we want, now it's up to us to go get it. It will be rocking, and H-town will be fired up. It's up to us to knock them out." 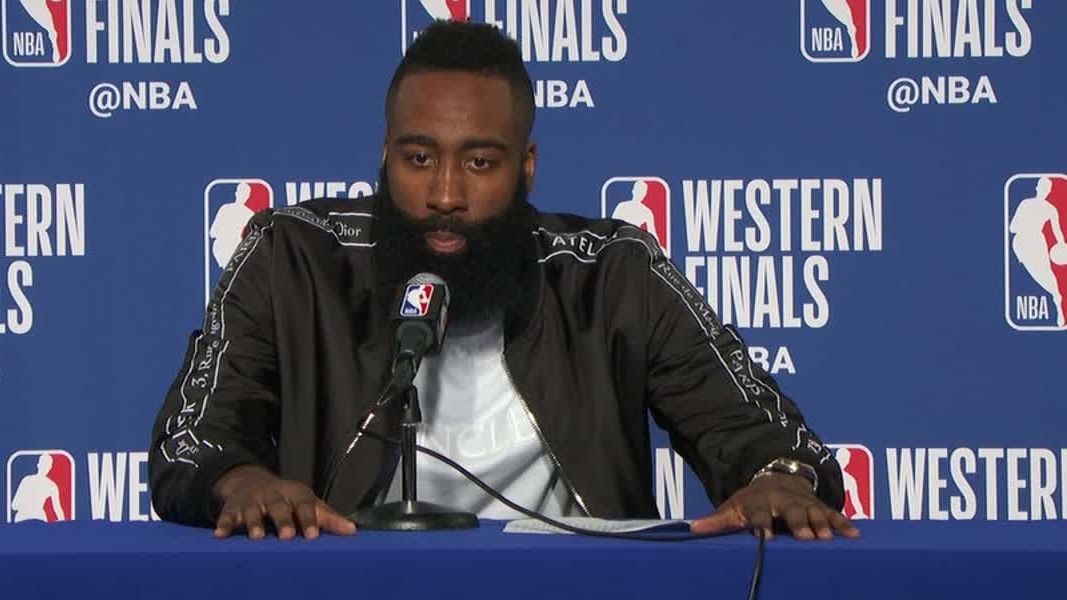