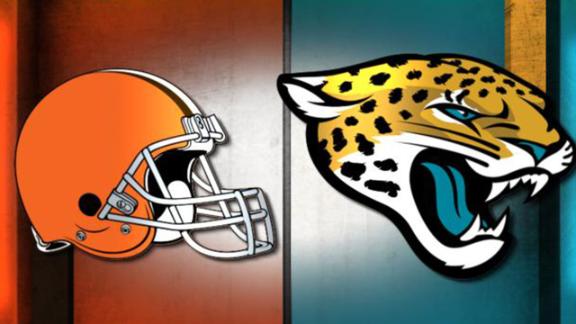 BEREA, Ohio -- While Clevelandgets ready to face two teams with rookie starting quarterbacks,Johnny Manziel is running the scout team for the Browns.

If that changes, however, Manziel feels "absolutely" ready to play based on his growing knowledge of the Browns' offensive system.

"I feel a lot more confident and a lot more comfortable," Manziel said. "The whole process of being under center a lot more, everything that's involved in this offense, that just wasn't anything that I was asked to do at (Texas) A&M. I knew it would take some time."

Manziel entered a different situation than Jacksonville's Blake Bortles and Oakland's Derek Carr, who play the Browns the next two weeks. They took over teams with inferior quarterback play.

Meanwhile, Brian Hoyer won the Browns' job in August and is on pace to throw for close to 4,000 yards and 22 touchdowns.

Hoyer, however, is a free agent after the season, which Manziel said he hasn't thought much about. Instead, his focus has been on the Jaguars and the Browns' two-game winning streak.

Having to wait to play has "been a question for weeks now," said Manziel, who signed a four-year contract in June.

Manziel has been asked several different ways about how he's coping with his backup role, but he insisted Friday he's happy for Bortles and Carr.

"They are obviously getting the chance to come in early and contribute to their teams," Manziel said. "That's their situation there; that could have been my situation here.

"So far, that's not the case. I know Coach (Mike) Pettine is talking about the next man up. ... That counts for my position, as well."

Hoyer has played very well and does things the right way, Manziel said.

"For me to get to sit back and watch this for however long this may be, I think it's beneficial," Manziel said.

Steve Young and Aaron Rodgers are examples of quarterbacks who waited years to start in the NFL. Manziel seems to understand the learning curve, but isn't sure how his situation will play out.

"Every quarterback coming into the league has had a different circumstance. ... It changes everywhere," Manziel said. "I think it's all about how you handle it when you're not on the field and continue to try to better yourself."