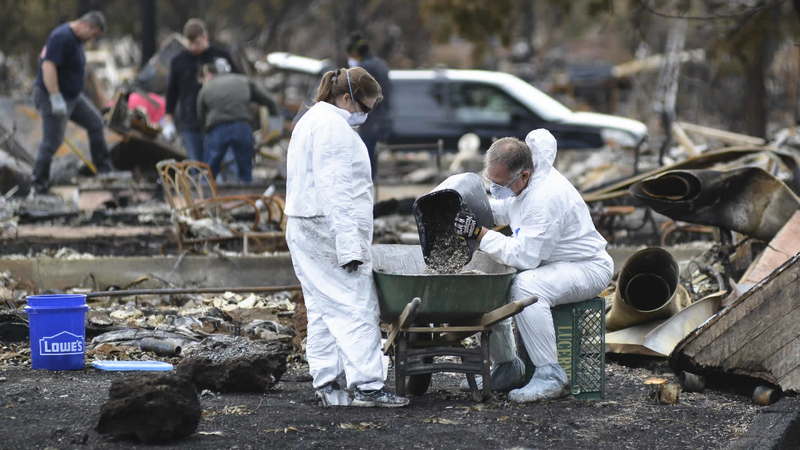 SONOMA COUNTY, Calif. (KGO) -- When the Tubbs Fires and others roared through Sonoma County on the night of October 8, 2017, it overwhelmed first responders and citizens. A final report, commissioned by the board of supervisors, spells out the failures and remedies learned from a disaster that exceeded any previously.

While critical of Sonoma County, the report exposes much of California as being equally, if not more unprepared, for such massive disasters. "As goes Sonoma County, so does the rest of the state," supervisor David Rabbitt said.

"The rest of the state should learn from what happened to us," supervisor Shirlee Zane said.

The report cites a 'fog of war' lack of situational awareness that impacted local coordination and planning. It encourages a revision of Sonoma County's Emergency Operations Plan and an updated operations center.

The report says communications hindered operations. Interim Emergency Services Director Christopher Godley spoke adamantly, Monday morning, about Sonoma County's need to improve instant notifications. "The county needs a comprehensive emergency alert system," he said. Godley told the board that the present system, which did not notify all victims, remains inadequate. A modern system would notify instantly via email, Twitter, or Nixle alerts in both English and Spanish. A modern system would also provide instantaneous localized updates, with maps.

In general, the report describes Sonoma County's Emergency Operations Center as being outdated and inadequate. The scope of this event overwhelmed telephones, computers, and staffers. Nor was the Emergency Public Information website was pre-planned to support rapid updating.

While law enforcement agencies established communications early and began to share information, they did not have enough office space in which to coordinate, impacting effectiveness.

While critical, the report notes similar problems, statewide, with other counties facing similar, if not larger challenges.

The report also faults Sonoma County's Board of Supervisors, who had, "established communication mechanism," for receiving or sharing information. It cites the board's expectations as being, "unrealistic."