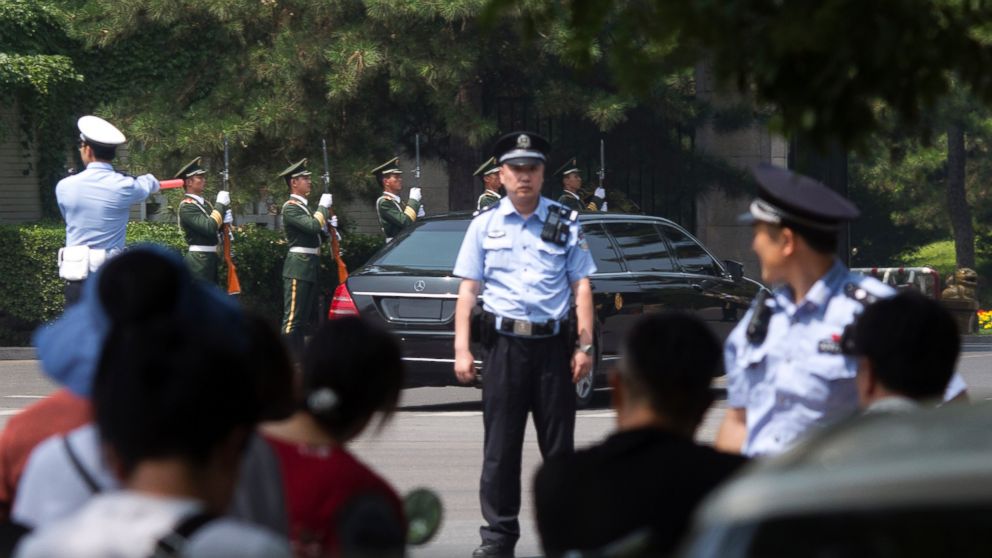 Kim will likely meet with Chinese President Xi Jinping and debrief him on the results of the his meeting with Trump.

The visit comes on the same day Washington and Seoul announced that they would suspend a joint military exercise in August, a move that will likely please the Chinese.

"We hope the visit will help deepen China-North Korea relations," said Chinese Foreign Ministry spokesman Geng Shuang at his daily press briefing Tuesday. "[We hope the visit will] strengthen strategic communication between the two sides on major issues to promote peace and stability in the region."

In a departure from his previous visits, Chinese state media announced that Kim would be visiting Beijing for two days just after he arrived in Beijing Tuesday morning, but offered no further details. On previous visits by North Korean leaders, including those of Kim's father Kim Jong Il and grandfather Kim Il Sung, the news of the visits were not announced until after the they had left the country.

When asked why the visit was announced during Kim's stay this time, Geng merely said that "specific circumstances around each visit have their own specific arrangements."

Security measures were in full force around the Chinese capital as Kim's motorcade was filmed by Reuters cameras speeding across town on Changan Avenue and entering the Diaoyutai Guesthouse compound, where he had stayed on his previous March visit. Screens were also erected outside the Great Hall of the People to block the view of the entrance from the street.

Kim previously met with Xi on two secret meetings in late March in Beijing and in early May in the coastal city of Dalian. Prior to the Singapore Summit, Trump had complained that the North Koreans' attitude changed after Kim and Xi met in Dalian.

Beijing has long advocated a "dual suspension" or "freeze-for-freeze" approach -- whereby North Korea halts its missile and nuclear testing and the U.S. and South Korea halt their joint military exercises -- for the easing tension on the Korean Peninsula. Both Pyongyang and Beijing have long seen the joint drills as provocative.

In pledging to halt what Trump called the "wargames" during the Singapore Summit -- even calling them "provocative" -- the president appeared to have inadvertently given what Beijing had sought for a long time.