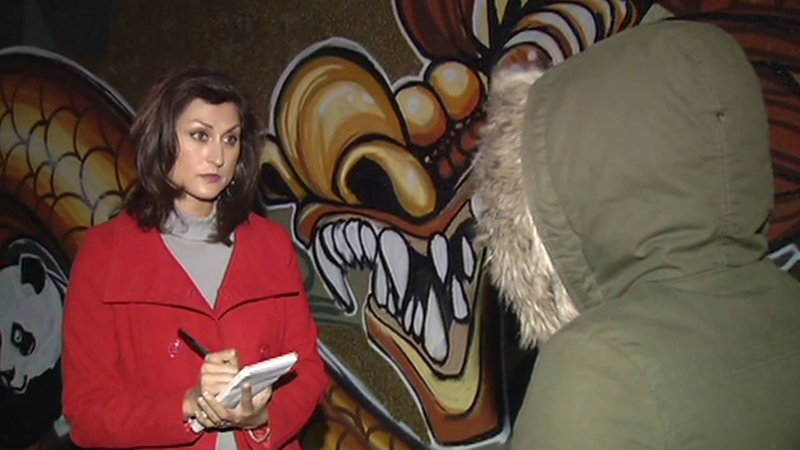 SAN FRANCISCO (KGO) -- This week an outrageous rant by a tour guide on a double-decker bus, driving through San Francisco, went viral. ABC7 News spoke exclusively to that tour guide who told us about what she said and why.

In the video she appears to be holding a bottle of alcohol. We asked the woman if she was drunk on that day and she replied, "No, I was sipping...I was not chugging."

That rant happened on Sunday, Oct. 12 and the video on YouTube was shot by a tourist who the woman says was laughing right along with everyone else. The tour was supposed to be her final hurrah -- a joke -- that clearly got out of hand.

On the video she said, "These people wake you up at 6 in the morning, they make all this damn noise, all the time, there are too many of them out here..."

A group of 20 English-speaking tourists listened and even applauded as the tour guide went off on Chinatown and its people. The video has created a social media firestorm so the woman with the microphone reached out to ABC7 News to give us her side of the story.

The woman said, "I intended to do it as a satirical comedic portion of the tour."

She told ABC7 News, "My intention was to talk about the neighborhood and not to address the people in any way that would incite harm against them."

But then we asked her about the part of her rant where she said, "When you come to America, you got to assimilate a little bit and here in America we don't eat turtles and frogs."

The woman admitted, "At that point yes, that maybe was a personal jab against the Chinese people."

San Francisco Supervisor David Chiu has been an outspoken critic of this woman's actions. She asked ABC7 News to call Chiu Thursday night so she could speak with him directly. Even he wanted to know why she said all of those things.

Chiu responded, "It has been a very painful moment for many, and I would say not just for Chinese Americans in San Francisco, but to anyone who has ever experienced racism."