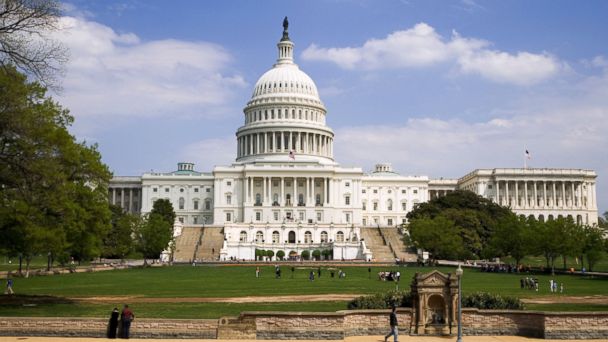 According to preliminary exit poll data, here are four fast facts about voters in Virginia, Kentucky, Georgia and North Carolina.

Numbers will change as exit polls are updated and only reflect preliminary data.

1. Virginia Voters as Worried about Terror Attacks as the Economy

Thirty-four percent say they voted to express opposition to the president vs. only 19 percent voting to show him support.

Republicans are turning out in greater numbers than when Mark Warner (D) won in 2008, accounting for nearly 36 percent of voters

Eight in 10 voters are worried about the direction of the economy; as many worry about a major terrorist attack alike.

2. Majority of Voters in Kentucky Think the Country is on the Wrong Track

Turnout among nonwhites is down 4 points from 2008, when Senate minority leader Mitch McConnell (R) won re-election, to only 11 percent of voters.

69 percent of voters say the country's seriously off on the wrong track -- similar to the number who said so when the Republican candidate won the KY Senate race in the last midterm in 2010.

82 percent are worried about the direction of the economy (similar to 2010 and 2008) and 51 percent say the economy's the most important issue, well more than any of the four other issues tested.

3. So Far, Voter Turnout Among Non-Whites at Record High in Georgia

At 36 percent, turnout among nonwhites. If it holds, a record high in Senate elections back to 1992.

42 percent say Michelle Nunn (D) is too liberal vs. 33 percent who say David Perdue (R) is too conservative.

Negative views of Obama are notable -- 55 percent disapprove of his job performance and 59 percent are unhappy with his administration.

The Republican Party is rated more unfavorably than the Democratic Party in North Carolina: 58 percent vs. 52.

Just 36 percent of those voting are Democrats, the fewest in North Carolina Senate exit polls since 1984 and down from 42 percent when Kay Hagan (D) was elected in 2008. The number of independents is at 30 percent -- the highest level on record.

While 38 percent of voters are very worried about the economy, that's down 15 points from 2008.