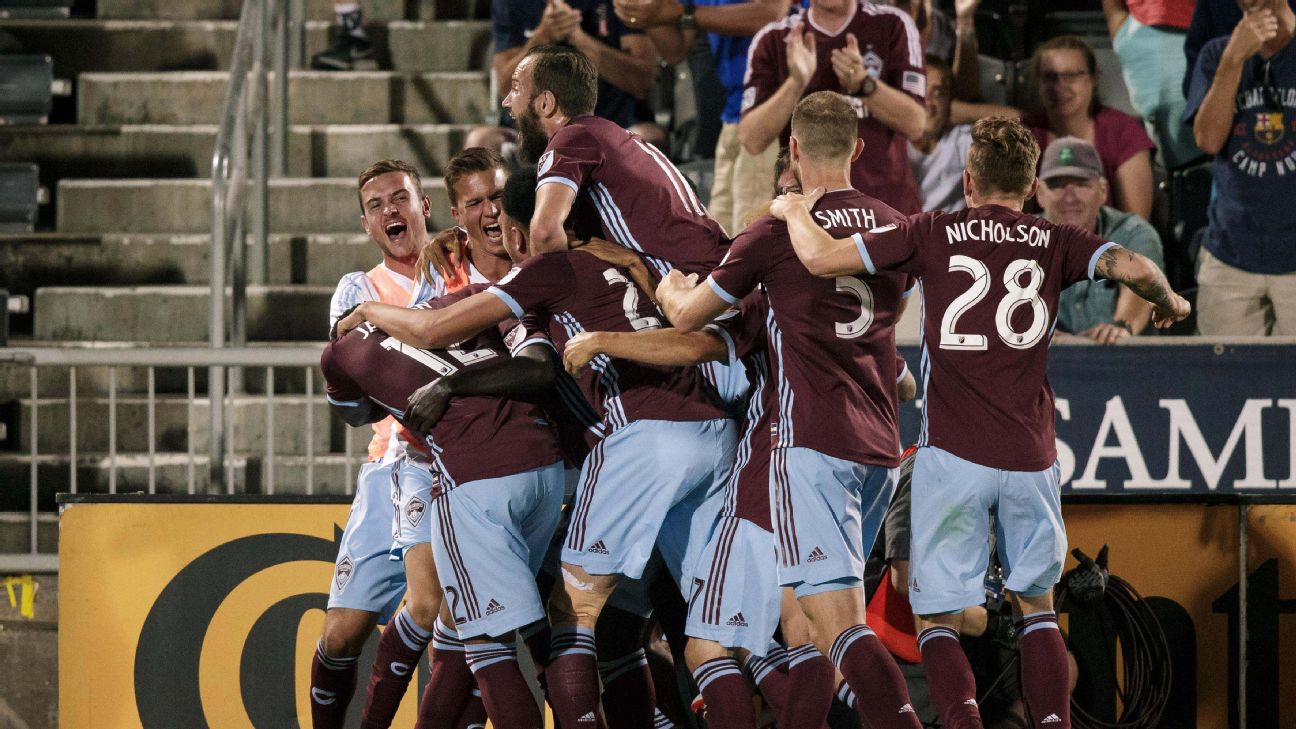 Midfielder Bismark Boateng scored his first career goal in the third minute of stoppage time to give the host Colorado Rapids a dramatic 2-1 victory over the San Jose Earthquakes on Saturday night at Dick's Sporting Goods Park.

Boateng, a transfer from Premier League champion Manchester City last January, skidded a right-footed shot from the top of the penalty box through traffic and past goalie Andrew Tarbell for the game-winner and his first goal in 30 career games with the Rapids.

Tommy Smith also scored for Colorado which won back-to-back games for just the second time this season. Tim Howard had five saves for the Rapids.

Magnus Eriksson scored on a penalty kick for San Jose which played the final two minutes and stoppage time with just 10 men after defender Shea Salinas was given a red card. Andrew Tarbell had three saves for the Earthquakes.

The Rapids took a 1-0 lead in the 24th minute on Smith's third goal of the season off a nice set piece. Colorado's Sam Nicholson took a corner from the left side of the net and kicked it short to midfielder Kellyn Acosta who then lofted a pass across the box to Smith where the New Zealand international headed the ball past Tarbell and inside the far post.

San Jose nearly tied it three minutes later when Jahmir Hyka received a pass from Danny Hoesen in the middle of the box and fired a right-footed shot that a diving Howard deflected wide of the goal with his left foot and hand.

Howard came up with another big save in the 42nd minute on a hard right-footed shot from the outside the center of the penalty box by Salinas. Howard dove to his left and deflected the shot wide with his left arm.

After back-to-back big saves by Howard and Tarbell in the 52 nd and 53 rd minutes, Eriksson tied it with his fourth goal of the season on a penalty kick.

Rapids defender Kortne Ford was called for a foul for bringing down Guram Kashia in the middle of the penalty box. Eriksson then rifled a left-footed shot into the right corner from the spot.