Only On ABC7News.com: Lone survivor of Bay Area fishing boat accident speaks out 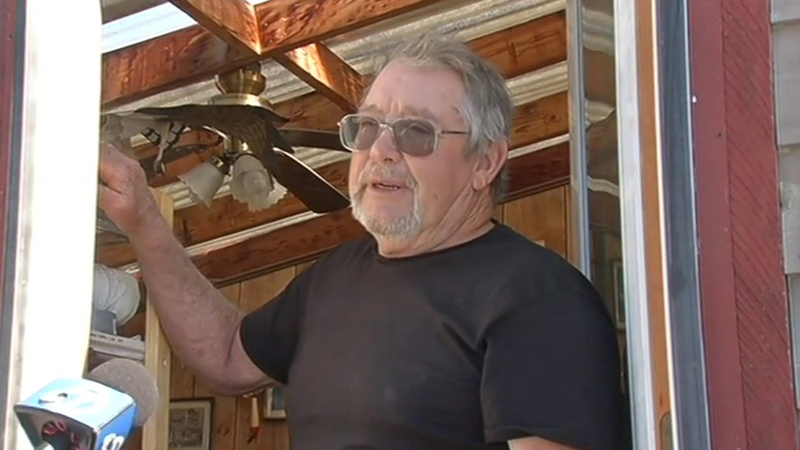 Only On 7: Lone survivor of boat accident speaks out

BODEGA BAY, Calif. (KGO) -- In a story you'll see only on ABC7 News, the lone survivor of Saturday's fishing boat accident off the Sonoma Coast is speaking out for the first time.

Phillip Sanchez said sheer determination got him through this ordeal, but the loss of his fishing buddies on Bodega Bay is almost too much to bare.

Four of his friends were killed when their fishing boat capsized early Saturday morning.

"We got hit by a sneaker wave. I mean that's the only thing it was, it was a sneaker wave, got to step on top of it, curl you know where it curls and just slammed the boat and somewhere I got shoved out," Sanchez said.

Sanchez never saw that rogue wave coming and in a matter of seconds his friends 32-foot fishing boat capsized.

"It surprised me, then I thought well, I fell off the boat and then they're going to come around to pick me up, but when I came up all I saw the bow and three of the people," Sanchez said.

His friends 79-year-old Jessie Langley and 85-year-old Sam Garcia were lifeless in the water, so was another man named David Costa. A fourth fisherman known only as Christie was fighting to stay afloat.

"Wave hit me again and I come up, all I could see is Christie , I said 'Christie we can make it,"' Sanchez said.

But Christie soon vanished from site.

Sanchez paddled for 25 minutes in frigid waters to the rocky shore cutting his arm severely.

Cornell: "How did you survive?"

Sanchez: "That I don't know, determination I guess, just knew I had to get there if I was going to make it."

The Coast Guard airlifted Sanchez to a hospital. He says no one on board the boat had a life vest on.

"I went out with him for years, we didn't wear life jackets. We knew where they were, but they're so cumbersome," Victim's wife Judy Garcia said.

Judy says life vests weren't a big deal to her husband Sam who retired from commercial fishing, but still owned a boat and liked to go out with friends. The beginning of recreational crab season was too good to pass up.

"He was looking forward to having crab salad that night," Judy said.

For Sanchez, the loss of four friends is unreal.

Cornell: "So you feel lucky to be alive today?"

Sanchez: "Very and then I got to deal with the guilt, why me? That's the hardest part."