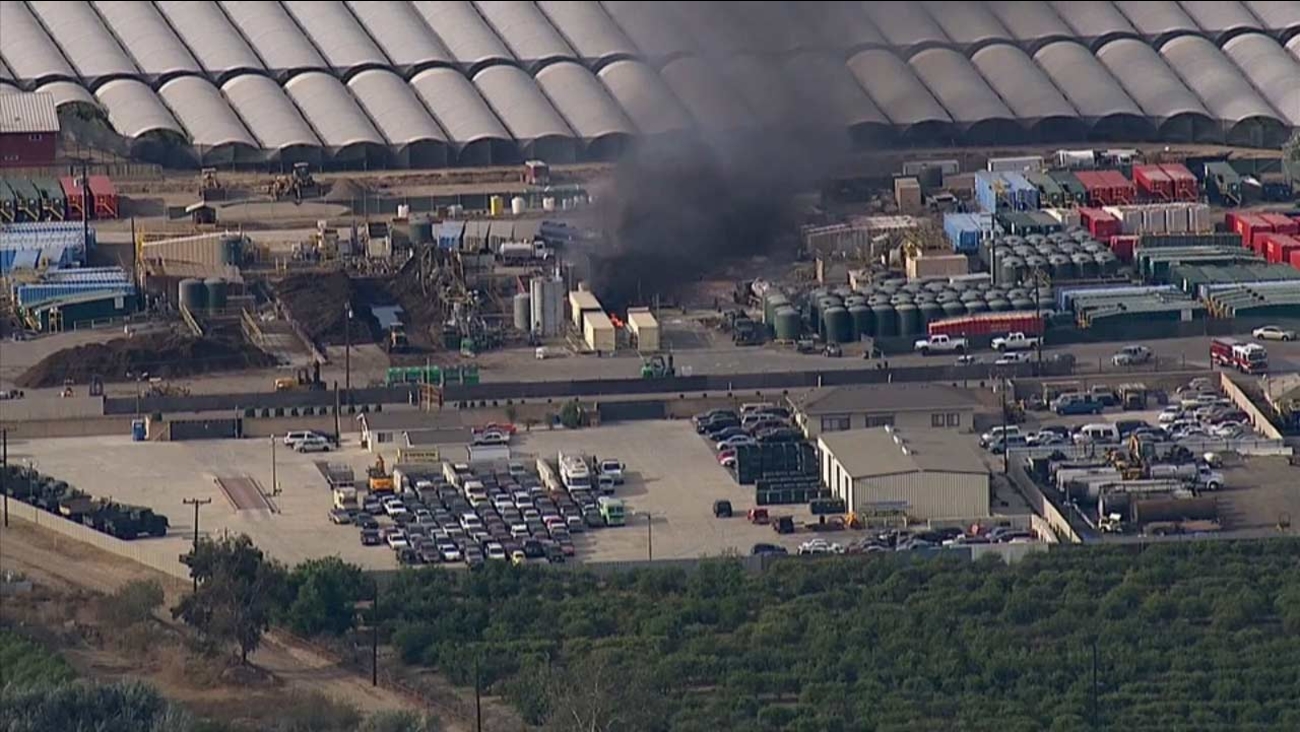 Flames and smoke are seen from the 800 block of Mission Rock Road after a vacuum truck exploded in Santa Paula on Tuesday, Nov. 18, 2014.

SANTA PAULA, Calif. -- A fire continued to burn and explosions were still occurring at a wastewater facility near Santa Paula agricultural fields several hours after a vacuum truck exploded overnight.

Authorities responded to the 800 block of Mission Rock Road at 3:45 a.m. Tuesday. Approximately 100 gallons of an unknown material spilled after the rear of the vacuum truck exploded.

Hazmat teams from Ventura County and L.A. County fire departments responded to the scene. A large plume of smoke from the fire was going into residential areas.

Fire officials say there are dealing with a 300- to 400-foot radius of white substance, identified as organic peroxide, and the situation is very unstable. When the material dries, it crystallizes and catches fire, officials said. 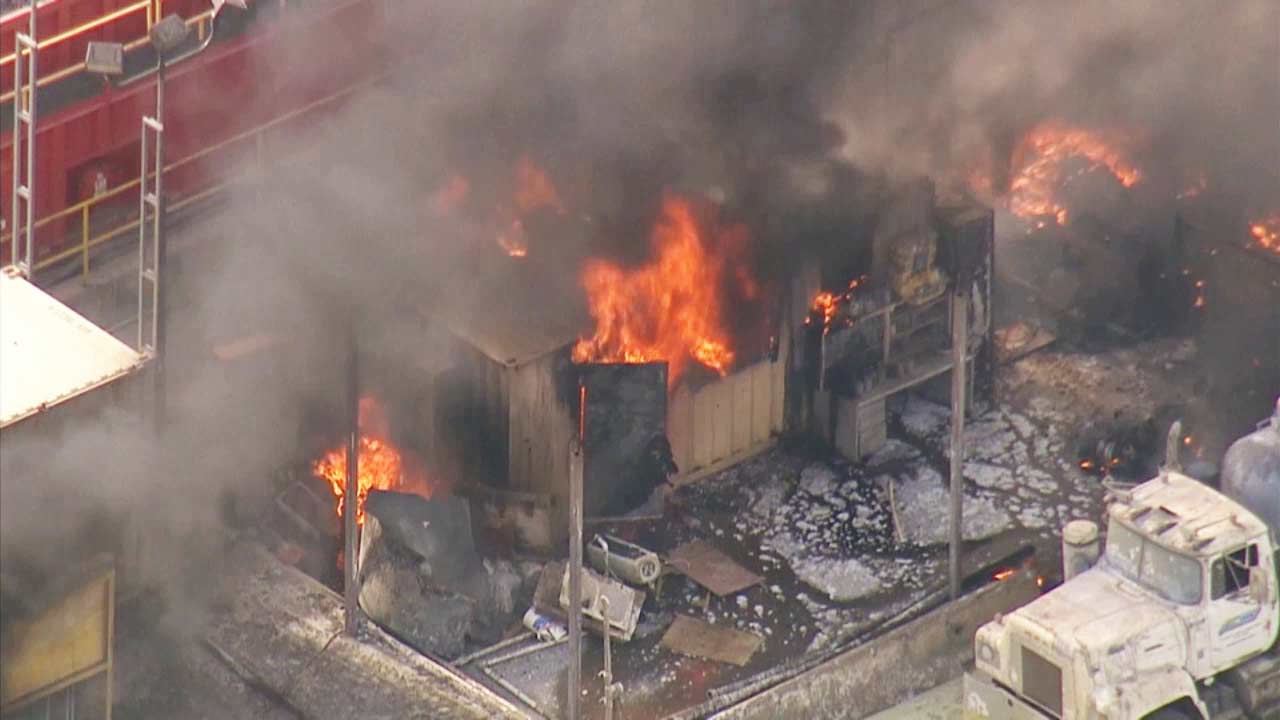 Because the material ignited spontaneously, firefighters were forced to retreat, officials said. Firefighters are allowing it to burn off because officials were very concerned about the water going into the Santa Clara River.

Two workers were injured during the early part of the incident. One of the workers was transported to Ventura County Regional Medical Center in unknown condition, and the other went to the hospital on his own later, officials said.

Three firefighters were also taken to an area hospital for precautionary measures due to flames on the bottom of the firefighters' boots.

Hospital officials say about two dozen people were also being decontaminated and treated after possible exposure to the material.

All lanes of Highway 126 were shut down between Peck and Wells roads. Mission Rock Road was also closed.

The cause of the initial explosion has not been determined. 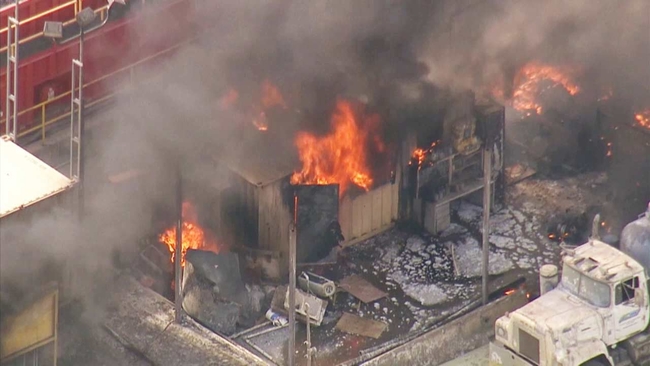