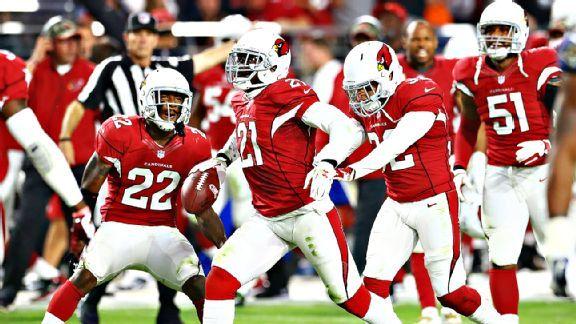 TEMPE, Ariz. -- Even though they're an NFL-best 9-1 and in control of the NFC West and the conference, the Arizona Cardinals are heading to Seattle for Sunday's game as an underdog.

As of Wednesday afternoon, the 6-4 Seattle Seahawks were 6.5-point favorites, according to Westgate Las Vegas.

"I would've anticipated that," he said. "Going up there, everybody's usually an underdog. It's another one of those things that we don't really need any extra motivation to go play them, especially at their place.

A win would put the Cardinals four games up on the Seahawks with five games left in the regular season and a rematch awaiting both teams in Week 16. No, it's not dj vu. The Cardinals upset the eventual Super Bowl champs 17-10 in Week 16 last season, snapping the Seahawks' 14-game home winning streak and handing Seattle quarterback Russell Wilson his first home loss.

The difference between Seattle running off another streak and going 6-4 has been a "handful of plays,"Cardinals quarterback Drew Stanton said. Arizona needs to keep those plays in its favor to leave Seattle with a second straight win, he added.

"We know it's going to be difficult," Stanton said. "We're not trying to pretend that it's not, but at the same time, we have to stick with our keys and what we think we can do to be successful."