KGO
By David Louie
SAN JOSE, Calif. (KGO) -- A homeless village has popped up in San Jose that's unlike any you've seen before. Advocates for the homeless decided to buck the system and create a tent city on public property without permission -- just to prove a point.

3 #SanJose advocacy groups set up a model tent city for the homeless on an unused state parking lot without permission to show off a concept to provide immediate housing needs. Its seven residents now facing eviction. At 5 & 6 https://t.co/4CBC33SDXW #abc7now pic.twitter.com/iBYgsRoFok 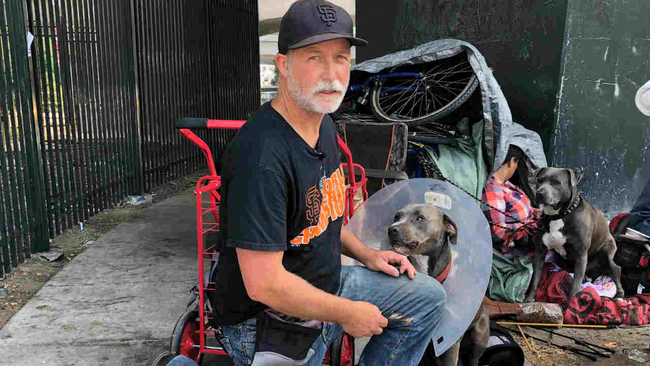 Man celebrates birthday by giving pizza to the homeless
WATCH IN 60: Couple's survival story, interview with Oprah, moving out of Bay Area