The sometimes rocky road to the Supreme Court 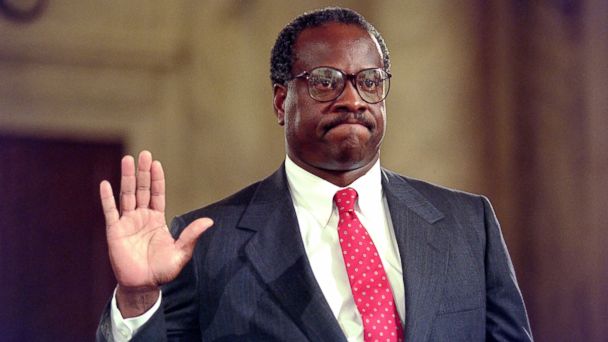 Recent history shows the road to getting on the nation's highest court can be treacherous.

For nominee Brett Kavanaugh, that road got a lot rougher when a woman came forward alleging Kavanaugh sexually assaulted her while they were both in high school.

The situation is somewhat reminiscent of the 1991 confirmation hearings for Supreme Court Justice Clarence Thomas.

Thomas, a federal appeals court judge nominated to the Supreme Court by President George H.W. Bush, faced intense scrutiny when, just days before a vote, harassment allegations by a former colleague, Anita Hill, were leaked to the news media, in which she contended Thomas had made improper sexual comments to her.

Hill alleged that Thomas "began to use work situations to discuss sex."

She went on to say that after talking about work matters, Thomas would turn the conversation sexual, using language she called very "vivid."

"He spoke about acts that he had seen in pornographic films involving such matters as women having sex with animals, and films showing group sex or rape scenes. He talked about pornographic materials depicting individuals with large penises, or large breasts involved in various sex acts," she testified before the Senate Judiciary Committee.

"On several occasions, Thomas told me graphically of his own sexual prowess," she continued.

"I would like to start by saying unequivocally, uncategorically, that I deny each and every single allegation against me today that suggested in any way that I had conversations of a sexual nature or about pornographic material with Anita Hill, that I ever attempted to date her, that I ever had any personal sexual interest in her, or that I in any way ever harassed her," he testified.

Thomas was eventually confirmed by the Senate 52-48 and some criticized then-Sen. Joe Biden's handling of the hearing as the Democratic chairman of the Judiciary Committee -- including how he and others treated Hill herself. One Republican, Sen. Arlen Specter of Pennsylvania, accused her of perjury.

Since 1816, the Senate has held confirmation hearings to determine fitness to serve on the Supreme Court, as part of its "advise and consent" powers enumerated in the Constitution. But in 1868, the Senate, as a rule, decided that all nominations would be referred to committee.

After committee consideration, the nominations are usually sent to the Senate floor for a full vote.

But Senate confirmation can be far from a sure thing.

Bork, a federal appeals court judge, was controversial, in part, because of his role in the "Saturday Night Massacre" - in which, as Solicitor General and following President Richard Nixon's orders, he fired independent special prosecutor Archibald Cox.

During his confirmation hearing, Democrats also brought up Bork's legal writings, including ones in which he criticized the Civil Rights Act as a "moral abomination," said women are not protected from gender discrimination and said he believed that couples didn't have a right to contraception.

Bork's nomination was sent to the full Senate with then-chairman Biden recommending he be rejected, and 58 senators voted "no."

Bork and the way he was treated did, however, make a lasting impression on American politics. Miriam Webster defines his last name, as "to attack or defeat (a nominee or candidate for public office) unfairly through an organized campaign of harsh public criticism or vilification."

Also under Reagan, Judge Douglas Ginsburg, then an appeals court judge, withdrew his nomination because he admitted to using marijuana in the 1960s and 70s while a college student and Harvard Law professor.

Nixon also had two failed high court nominations. He nominated G. Harrold Carswell, who won praise from southern senators at the time but the Senate rejected him after the NAACP cited his racist remarks and his opposition to women's rights. Clement Haynsworth, also nominated by Nixon, had his nomination rejected in part because senators thought his rulings on civil rights were disqualifying.

Harriet Miers, nominated by President George W. Bush, was another controversial pick - and one widely criticized by senators from both parties. Critics pointed to letters she wrote to Bush while he was governor of Texas.

"You are the best governor ever -- deserving of great respect," Miers wrote, as reported by The New York Times.

She also called him "cool" and told him to keep up the great work.