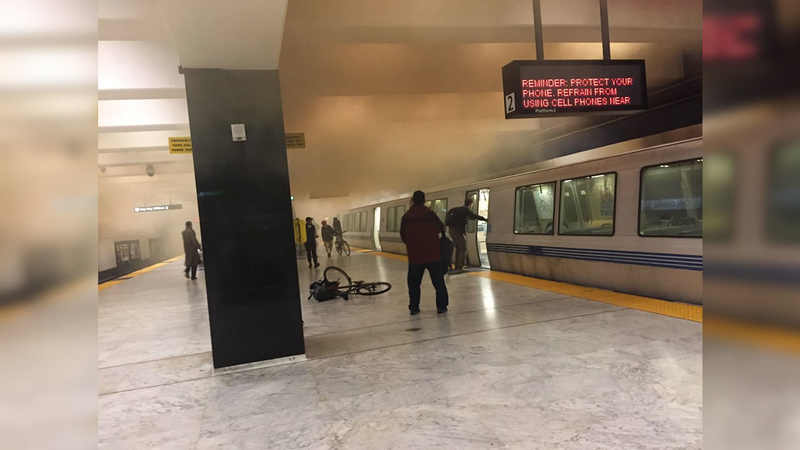 SAN FRANCISCO (KGO) -- In a cell phone video you can see BART passengers evacuating the Civic Center station as it fills with smoke.

Just had to evacuate Civic Center Bart. I think it's a fire? pic.twitter.com/C74GT8v64t

Scanner recordings also captured the scene: "There's a lot of smoke in this 8-9 car Mark, I'm trying to make sure everybody is off the tracks."

"They left strollers, they left bicycles, personal property. We found a teddy bear down there. BART Police are trying to get it back to its owner," said SFFD Battalion Chief Bryan Rubenstein.

Once the smoke cleared an entire section of Civic Center station was charred with black smoke. Passengers found the scene unsettling.

Wait for the reveal...

The culprit was actually one of the ceramic insulators that support the electrified third rail.

"It was more of a flash. The insulator failed. It makes a lot of noise and a lot of light and smoke, but it's brief and nothing was actually burning," Rubenstein said.