8 Months Later: Questions linger about security at Veterans Home of California in Yountville after deadly shooting

KGO
By Wayne Freedman
NAPA, Calif. (KGO) -- Almost eight months later, the former Pathway Home for PTSD victims remains locked up at the Veterans Home of California. Now that the California Highway Patrol has released details of last March's killing of three staff members by a former patient, it's in the news again.

Questions remain about security, then and now.

The CHP report says former patient Albert Wong was infatuated with Executive Director Christine Loeber. He threatened staff members before returning and killing her, two other staff members and an unborn child, then himself. Yet, Wong drove onto Veterans Home property and walked into the Pathway Home armed and ready to kill. Pathway Home board members say many patients threaten violence.

When Wong departed Pathway at their request, he also left the system, said a Pathway spokesman. He departed early, "Exiting the support system."

"PTSD victims will always be more dangerous," said one former Pathway board member. There had been no other incidents. However, "Pathway nonprofit was operating on a financial shoestring budget."

Yountville residents attended a celebrity chef lunch on Wednesday. They say security on at the Veterans Home is better. CHP officers pass through regularly, but still, the home has no no guard at its front gate.

One resident said he never worried about security until the shootings. Now, he says he feels safer with Pathway patients gone.

Why the 5.5 hour delay between the first call and confirmation that everyone inside, including the suspect, had died? Law enforcement protocols for hostage situations.

The Napa County district attorney has released a statement saying that Napa County Deputy Steve Lombardi acted lawfully in responding. He saw Wong lifting is rifle to shoot, and fired. Lombardi fired 13 shots through a door. All missed.

Law enforcement could not confirm Wong's deaths for more than five hours, and so enacted a hostage profile.

"Could Pathway have done anything different?" ABC7 asked Yountville Mayor John Dunbar, who serves on the Pathway board.

Family members did not care to comment on Wednesday.

To read the CHP report, visit this page.

Take a look at the latest stories and videos about the deadly shooting at the Veterans Home of California in Yountville here.
Report a correction or typo
Related topics:
yountvillenapanapa countyveteransshootingshooting rampageptsdmental healthyountville veterans home shootingveteran
Copyright © 2020 KGO-TV. All Rights Reserved.
RELATED 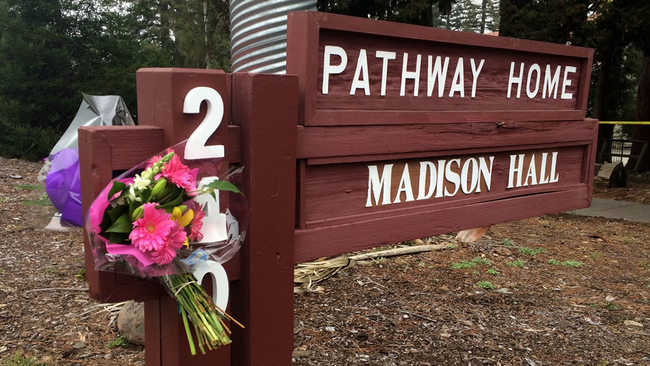