KGO
By by Juan Carlos Guerrero
SAN FRANCISCO (KGO) -- The sign says it all. It reads, "A 57-year-old person walking died after getting hit here."

These signs are posted around SF right now as essential reminders of the precious lives cut short by traffic violence this year. Join us SUNDAY in honoring traffic victims and taking action together for #SaferStreetsforAll & #VisionZeroSF. #WDoR2018 RSVP: https://t.co/xqGIKxH5cE pic.twitter.com/u8sLXKy5If


Since Vision Zero began 2014, San Francisco has undertaken hundreds of traffic safety projects. They include the installation of speed humps, protected bike lanes and extending crosswalks with white plastic paddles. 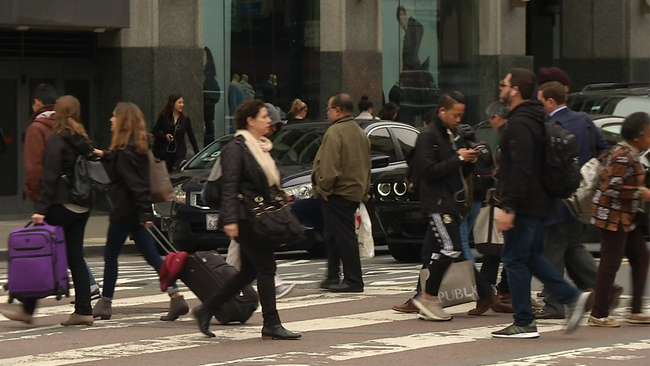