A reporter who loves working every Thanksgiving 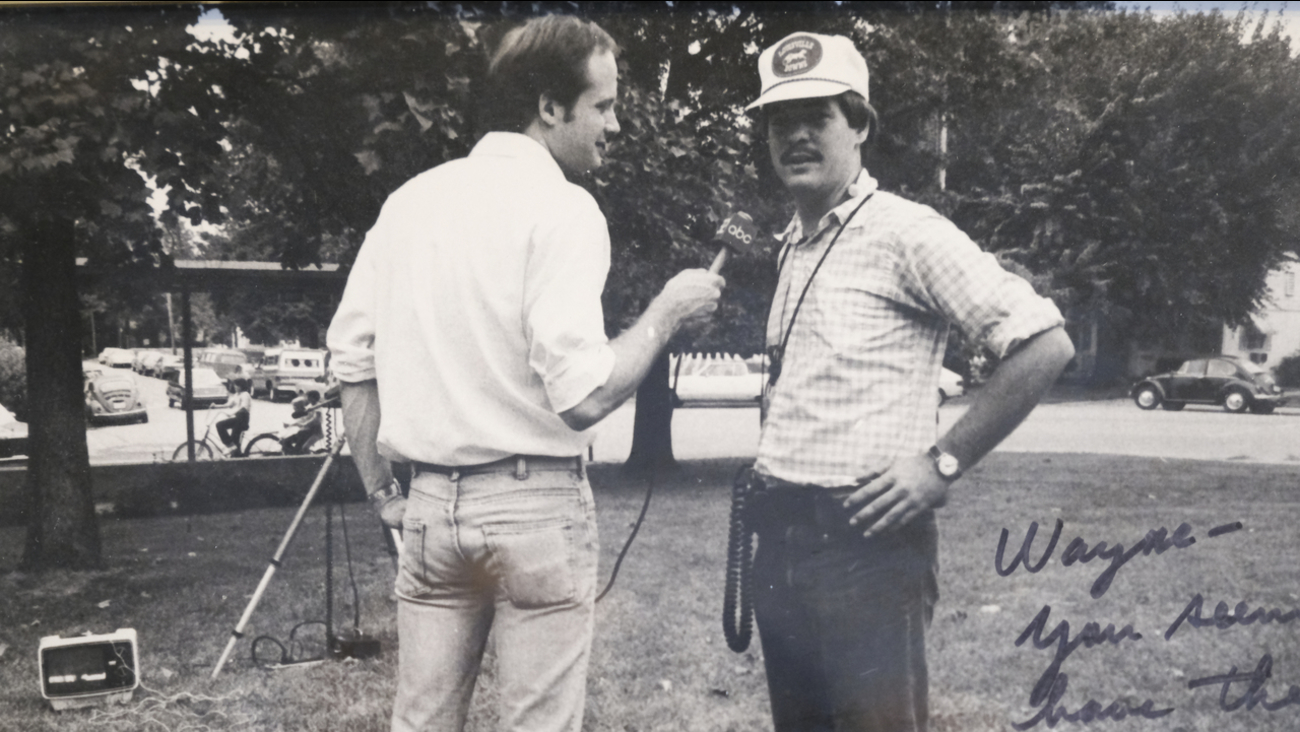 "Wouldn't miss it." I give the same answer every year.

Thanksgiving marked my first shift as a full-time, staff television news reporter at WAVE-TV in Louisville, Kentucky, in November 1979.

It took 10 years to get there... from writing a regular newspaper column for what is now the Los Angeles News while in 9th grade, to working in newsrooms, finishing school, and surviving as photographer at a cross-town station.

RELATED: How to carve a Thanksgiving turkey

This Thanksgiving, as always, I will call my old pal David Busse. He helped me get that job at WAVE and then drew me as a reporter for his Thanksgiving straw. On this day every year, we reminisce about covering the oldest house in Sellersburg, Indiana. It burned atop a hill that Thanksgiving morning. Dave got his shots of the smoldering Civil War relic. Then he turned the camera on all the townspeople as they paid their respects.

One woman told us the old house had been haunted.

"On Thanksgiving and Christmas, every story has the potential of being either a triumph or a tragedy," Dave likes to say.

We were young at a committed station with hungry, talented people, all hand-selected and mixed by news director Larry Pond. If we made mistakes (and we did), Larry would call us into his office and compliment what we did right before correcting what we did wrong.

Larry knew how to get the most from people.

RELATED: What's open and what's closed in the Bay Area on Thanksgiving and Black Friday weekend

When hiring me, Larry showed me to my future desk in a back corner of that small newsroom. The previous reporter had covered his typewriter with spilled soft drinks and half-torn promotional stickers. It had a bad ribbon, a squeaky mechanism, and the "s" key stuck.

When I sat down at that desk for the first time on Thanksgiving as a full-time staff reporter, the machine had a fresh coat of paint, a wet ribbon, and felt like new.

In a place with maybe the most supporting staff ever.

Reporter Ferrell Wellman served as our reportorial dean. Before he left the business to teach (never understood that), "Pug" Ferrell Wellman worked every nook and cranny of the state capital beat. Nothing happened, anywhere, in Kentucky, without him knowing about it. Wellman excelled at floods, escaped convicts, and the quirky country stuff that only a seasoned reporter would notice or make meaningful.

And Ferrell was generous with new reporters. A few weeks after Pond hired that Freedman kid, Pug told me about a state legislator who nominated the Coonhound to be Kentucky's state dog.

RELATED: Popular Thanksgiving dishes in every state according to Google data

He drove me to Lexington with his film camera, toured me around capitol building and got me an interview with that legislator sponsoring the bill. He sat behind his big wooden desk and sold his case by baying like a coonhound, with film rolling.

Wellman could have done that great story himself. Instead, he tested the new guy and taught him about how colleagues can be generous and supportive.

So, yeah. Every Thanksgiving day I work. I think about the opportunities that reporting has given me. I remember guys like Pug, Busse, Pond, Kerry McGee (the photographer with a red pen), Lloyd Patterson, Ron Regan, John Lansing, Dave Nakdimen, Bob Kay and that old house on the hill.

Everybody starts somewhere. The farther down a road we travel, the more likely we are to become sentimental.

Try an explosion of Cajun flavor with Turducken