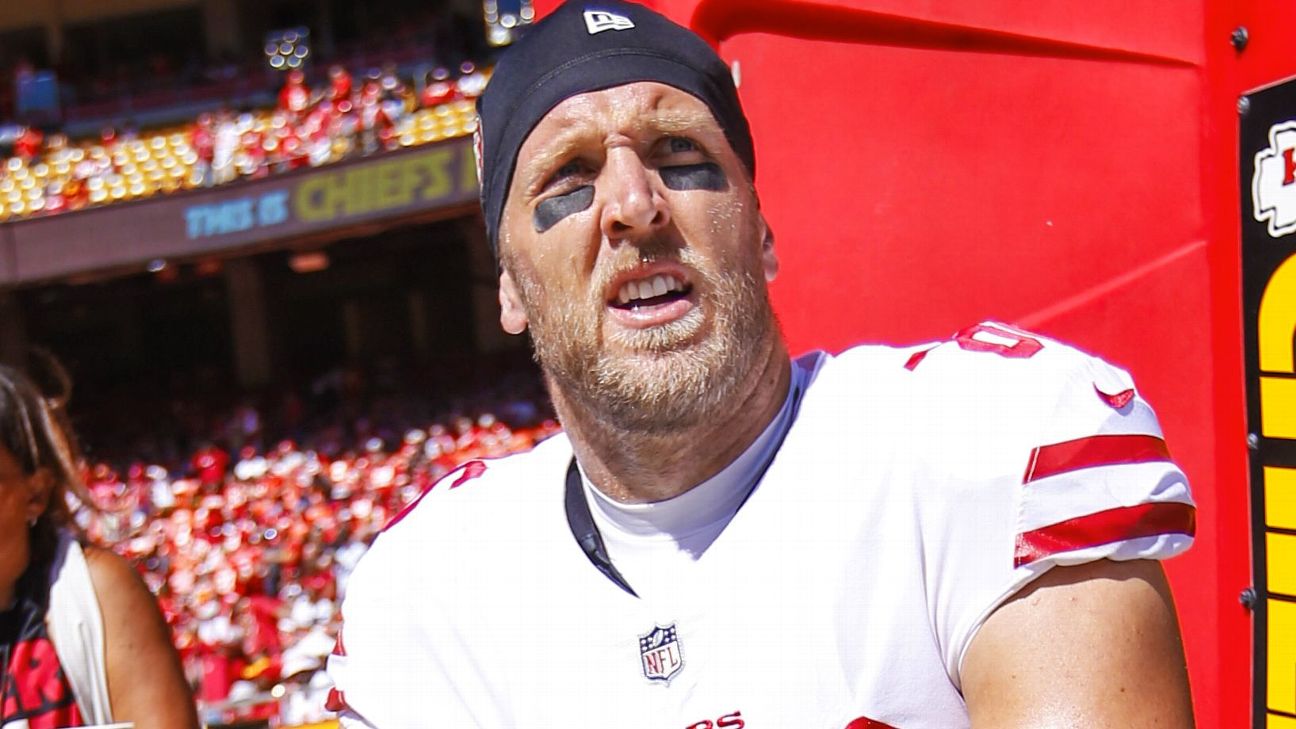 SANTA CLARA, Calif. -- The NFL announced Tuesday that San Francisco 49ers long snapper Kyle Nelson has been suspended without pay for 10 games for violation of the league's policy on performance-enhancing substances.

Nelson was suspended for violation of the same PED policy before his time with the Niners. This is his second offense, which is why the suspension is for 10 games.

Nelson, who will begin serving the suspension immediately, released a statement through the team saying that he tested positive despite using the same nutrition supplements he has been taking throughout his time with the team.

"I have been made aware by the NFL that I tested positive for a banned substance and as a result will be suspended," Nelson said in a statement. "I have been taking the same supplements for my entire time with the 49ers, while undergoing often simultaneous testing by the NFL with no issues.

"I do not deviate from my nutrition routine, and I would never knowingly take a banned substance. I am currently having the supplements tested, and I hope to uncover the cause of the positive test. When the product is identified, I fully intend to seek legal action against the manufacturer to protect against this happening to other players in the future."

Nelson's suspension comes at an important time in his career, as he is scheduled to become an unrestricted free agent after the season.

Under the terms of the suspension, Nelson will miss the final four games of the 2018 season and the first six of the 2019 season. He is, however, eligible to participate in all offseason and preseason practices and games before serving the rest of his suspension next season, assuming he's on an NFL roster during that period.

"We are certainly disappointed to be losing Kyle for 10 games," general manager John Lynch said in a statement. "Hopefully this serves as a reminder to all of our players that they need to take the proper steps to know exactly what they are putting in their bodies."

Nelson has served as the Niners' long snapper since he signed with the team in 2014 after playing 11 games for the Washington Redskins in 2013.

Since then, Nelson has played in 76 straight games with few snapping issues along the way. Aside from left tackle Joe Staley (12th year) and tight end Garrett Celek (seventh year), Nelson is the longest-tenured member of the team.