Officers responded at 8:08 a.m. Friday to a report of a woman on the ground at the intersection of 18th Avenue and East 15th Street with a possible medical emergency.

The woman appeared to have been struck and severely injured by a vehicle that had fled the scene, police said.

The victim was transported to a local hospital, where she succumbed to her injuries, according to police.

Officers canvassed the area where Hoang was struck for any potential witnesses, police said.

The vehicle was found near the scene of the collision and towed, according to police.

The driver, a 30-year-old Oakland woman, was found around 9:40 p.m. and arrested, police said.

Alcohol does not appear to be a factor in the collision, according to police.

Anyone with information about the incident has been asked to call the Oakland police traffic investigations unit at (510) 777-8570.
Related topics:
east oaklandtraffic fatalitieselderly womanhit and runarrestseniorshit and run accident
Copyright 2020 by Bay City News, Inc. Republication, re-transmission or reuse without the express written consent of Bay City News, Inc. Is prohibited.
RELATED 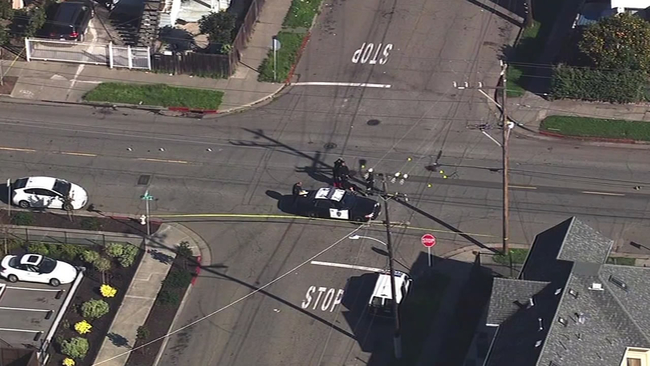