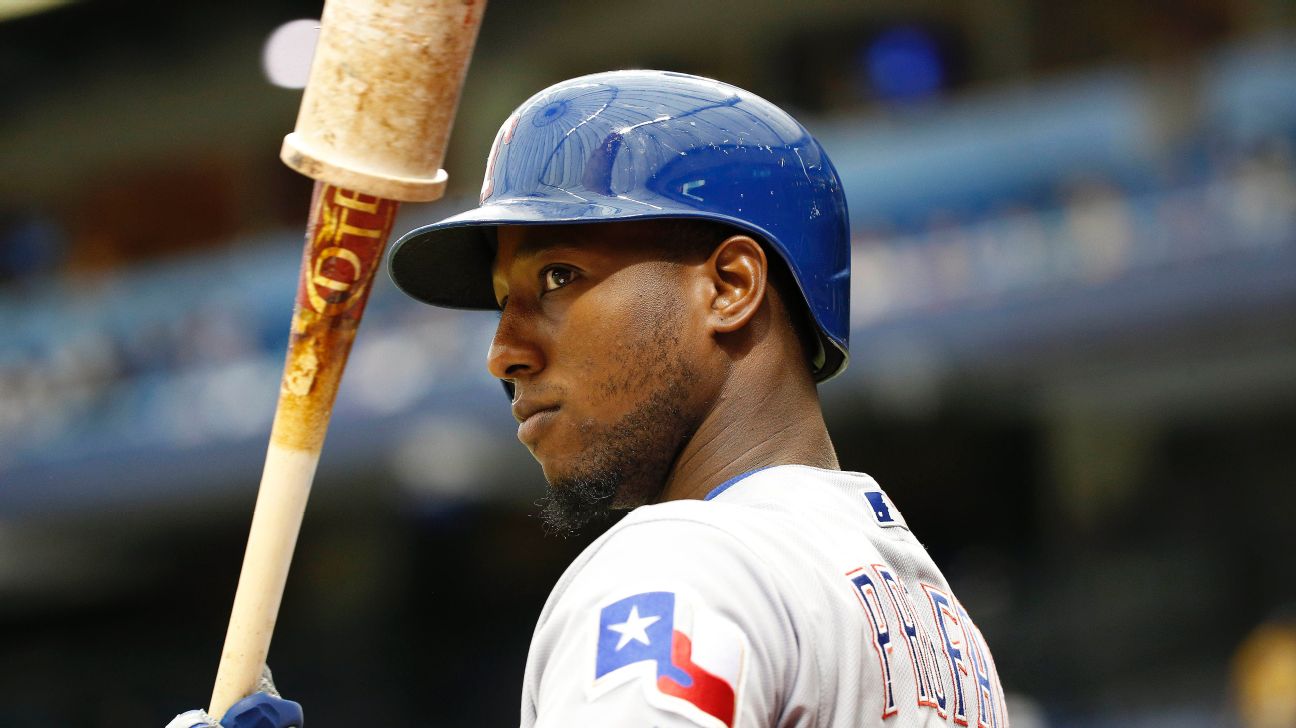 The Texas Rangers have traded infielder Jurickson Profar to the Oakland Athletics as part of a three-team deal that also involves the Tampa Bay Rays, the teams announced Friday.

Oakland also reached an agreement on a two-year contract with free-agent right-hander Joakim Soria, giving the A's a reliable and versatile reliever.

Profar, who at 19 in 2012 homered in his first big league at-bat before shoulder issues forced him to miss two full seasons, hit .254 with 20 homers and 77 RBIs in 146 games while playing all four infield positions for Texas this year.

In Oakland, he will take over at second base for departing free agent Jed Lowrie. Profar had been expected to become the starting third baseman for the Rangers after Adrian Beltre retired last month.

The Rangers had two more seasons of arbitration eligibility for Profar before he could become a free agent. General manager Jon Daniels said there had been discussions about the possibility of an extension but that it became clear that wasn't going to happen.

Daniels said the A's had been consistent in their interest in Profar, and with Tampa Bay in the deal it enabled the Rangers to get the full value they felt was needed to consider trading away the player that signed with them as a 16-year-old in 2009.

"There is definitely an emotional piece to this one," Daniels said. "We have seen the ups and downs. Seen the really precocious talent and the big smile and the way he loves to play the game, to looking like he was going to be our second baseman and the shoulder issue that went on for a year longer than I think any of us would have liked it to."

The GM said all four players coming to the Rangers are at the upper levels of the minor leagues and knocking on the door of the big leagues.

Bird and Burke will be added to the 40-man roster for the Rangers. The 22-year-old Burke was selected the Rays' top minor league pitcher after combining to go 9-6 with a 3.08 ERA and 10.4 strikeouts per nine innings in his 25 games (22 starts) on at the high-A and Double-A levels.