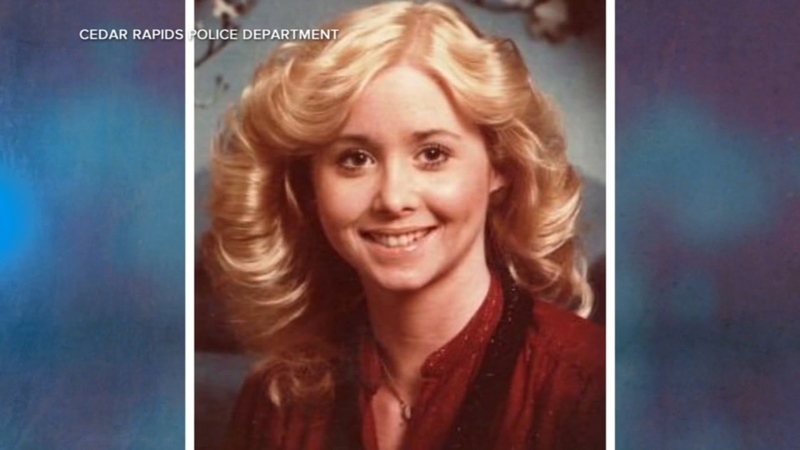 IOWA -- A man was arrested Wednesday in the killing of Michelle Martinko, 39 years to the day after the 18-year-old was brutally murdered in an Iowa mall parking lot.

Martinko was stabbed to death inside her Buick on Dec. 19, 1979. She had gone to Westdale Mall in Cedar Rapids to buy a coat after a choir banquet. Her body was found early the next morning, with stab wounds to her face and chest, KCRG reports.

Cutting-edge DNA technology was used to solve the cold case. A DNA sample from the crime scene was sent to the Combined DNA Index System, or CODIS, on Oct. 2, 2006.

It went unmatched for nearly 10 years. Last year, Parabon Nano Labs used the sample to create 3-D models of the suspect's face. The lab helped narrow down the pool of suspects by uploading the DNA to a public genealogy database and identifying distant relatives.

"The police department later collected covert DNA from the suspect," Jerman said. "The collected DNA was a match."

"This is a breakthrough in crime solving," said CeCe Moore, Parabon's lead genetic genealogist. "With these techniques we can allow law enforcement to focus in more quickly on the right people. Eyewitnesses aren't always correct, but this is a genetic witness. This is unbiased."

Investigators questioned Burns at his workplace in Manchester, where he denied killing Martinko, but he couldn't explain why his DNA was found at the crime scene.

Martinko's classmate, Elizabeth Laymon, has been waiting for this day.