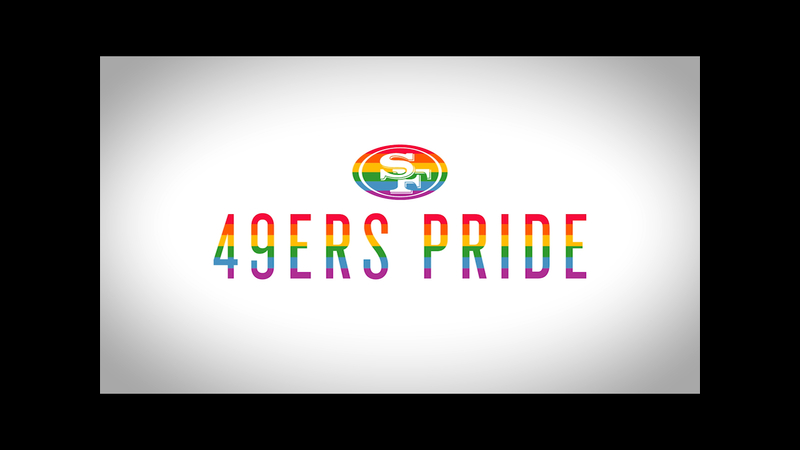 SANTA CLARA, Calif. (KGO) -- The San Francisco 49ers are dedicated to making all of their fans feel included.

With startling statistics showing that the LGBTQ+ community is among one of the most scrutinized minority groups in the country, they were happy to host the "Words to Action" day for LGBTQ+ activism in sport.

"We would all do well to remember this admonition from Dr. Martin Luther King Jr.," Civil rights activist Harry Edwards said. "'Injustice anywhere is a threat to justice everywhere.'"

Athlete Ally, the San Jose State Institute for the Study of Sport, Society and Social Change and the San Francisco 49ers joined forces to talk about these importance's of LGBTQ+ activism in sport.

Dr. Harry Edwards has been an advocate for minorities in sports dating back to the famous scene at the 1968 Mexico City Olympics.

He says the LGBTQ community needs to be advocated for as much as any other minority group.

"Today we not only need people to speak up, we need advocacy," Dr. Edwards said. "This is advocacy for us. These are our people. Who they are, who they love, how they love, how they identify themselves is not the critical issue. It's what's happening because of those realities that we have to respond."

The day opened the conversation between the audience, including members from Bay Area sports teams, and past and present LGBTQ athletes.

Manuel changed the game in the boxing world, but he says the advocacy of LGBTQ athletes must come from everyone.

"I ask each of you to fight with us to make sure that we have a place, not only in sports but in the world," Manuel said. "Don't deny others the chance to change their lives, because I wouldn't know who I am without sports."

“I ask that each of you to fight with us, to make sure that we have a place, not only in sports, but in the world. Don’t deny others the chance to change their lives, because I know I wouldn’t be who I am without sports.” - Patricio Manuel, the first visible transgender pro boxer pic.twitter.com/W5V8y3IgNE

To mark this change, the 49ers closed the day by debuting "49ers PRIDE".

It's the first ever NFL fan engagement club dedicated to LGBTQ+ fans and allies.

"At the 49ers, we understand that it is our goal to win championships," 49ers President Al Guido said. "We talk a lot about our why. Our why is to go a step further for someone so that they feel part of our organization and our family. We want every fan to feel part of the 49ers family. We look forward to furthering our presence in our community with this initiative."

For more information on 49ers PRIDE, you can visit their website here.