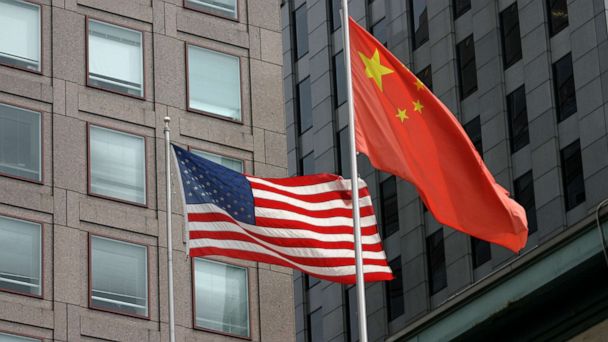 Five people were arrested Wednesday, and one more was being sought, on charges they acted as illegal agents of China.

The six acted at the direction of Chinese government officials as they tried to force Chinese nationals in the United States to return to China through a multi-year campaign of stalking and harassment, according to federal prosecutors in Brooklyn.

"The defendants assisted PRC officials in a scheme to coerce certain individuals to return to the PRC against their will," said acting United States Attorney Seth DuCharme.

The alleged campaign -- known in China as either Operation Fox Hunt or Operation Skynet -- targeted Chinese nationals living abroad who are alleged to have committed crimes in China. Rather than rely on official channels for repatriation, federal prosecutors said the campaign used "clandestine, unsanctioned and illegal conduct with the United States."


Among the targets was a resident of New Jersey identified in court records as John Doe-1, whose elderly father was brought to the U.S. from China against his will "to use the surprise arrival ... to threaten and attempt to coerce John Doe-1's return to the PRC," prosecutors said.

As part of the campaign to exert pressure on John Doe-1 his adult daughter was put under surveillance and targeted for online harassment, according to court records. Later, unsolicited packages were sent to his residence with letters and videos threatening harm to family members if he did not return.

"The United States will not tolerate the conduct of PRC official business on U.S. soil without notice to and coordination with the appropriate U.S. authorities. Nor will we tolerate the unlawful harassment and stalking of U.S. residents to further PRC objectives," DuCharme said.
Report a correction or typo
Related topics:
abc newsnational
Copyright © 2020 ABC News Internet Ventures.
More Videos
From CNN Newsource affiliates
TOP STORIES
COVID-19 vaccine rollout plan could get controversial in CA